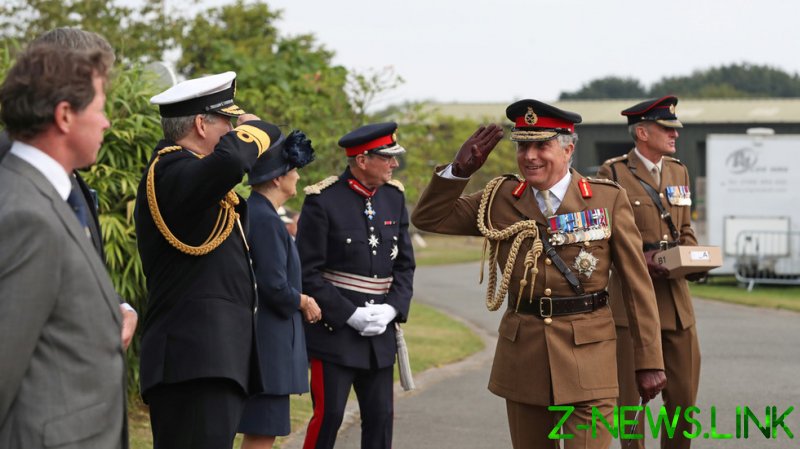 Cyber attacks, asymmetric conflicts and digital surveillance – the list of “threats” and “challenges” posed to the UK and its allies by an assertive Russia and China appears to be long, at least in the mind of the British top brass. General Sir Nick Carter defined Moscow as an “acute threat” and called China a “chronic challenge” in an interview with the Times.

The general believes the UK needs a brand-new strategy if it hopes to meet this perceived challenge posed by the two powers that supposedly view the world as a “no-holds-barred continuous struggle,” as the Times put it.

“The way to win is to beat them at their own game, and that means beating them below the threshold of war,” Carter said, doubling down on the strategy he outlined during the annual Chief of the Defence Staff Lecture on Thursday.

The strategy calls on the British military to “think in several dimensions,” Carter said, elaborating that this means “escalating in the cyber dimension while toning down our posture in the air or maritime dimension, while messaging a tone of reduced aggression in the information dimension.”

At the same time, the general did not discount traditional warfare, saying that the British military should resort to “all of the instruments of statecraft” at its disposal, including ideology, trade policy and military power in order to win the “competition below the threshold of war” — a preferred scenario, by all appearances.

During his speech on Thursday, the general singled out China and Russia, devoting a large chunk of his lengthy address to how the two powerhouses should be deterred. Speaking about the Russian “threat” in particular, Parker argued the UK should not stay idle in case of a potential standoff, saying that this still requires “conventional hard power – warships and aircraft” in addition to “less conventional capabilities like cyber.”

The list of suggestions tabled by the general also included some strategic exercises for decision-makers aimed at supposedly getting them used to making “hard choices” — something London’s allies across the pond appeared to have been practicing for a while.

It was revealed earlier this year that a US drill involving former Defense Secretary Mark Esper featured a scenario of America nuking Russia — an idea that sparked concerns in Moscow. Speaking to the Times Carter gave the drills involving “the nuclear button” a passing mention as well, only for his aide to assure the reporter that no references to modern politics were intended.

Still, this strategy portraying the UK’s — and the West’s for that matter — rivals as powers seeking perpetual struggle seems to be pretty much rooted in good old Cold War tropes. Carter himself admitted that Britain and its allies need a “new Long Telegram” — a reference to the USSR deterrence strategy suggested by the US diplomat George Kennan back in 1946.

There, Kennan also described the Soviet Union as seeking perpetual war with capitalist nations while calling for the containment of Moscow and the creation of “spheres of influence.”