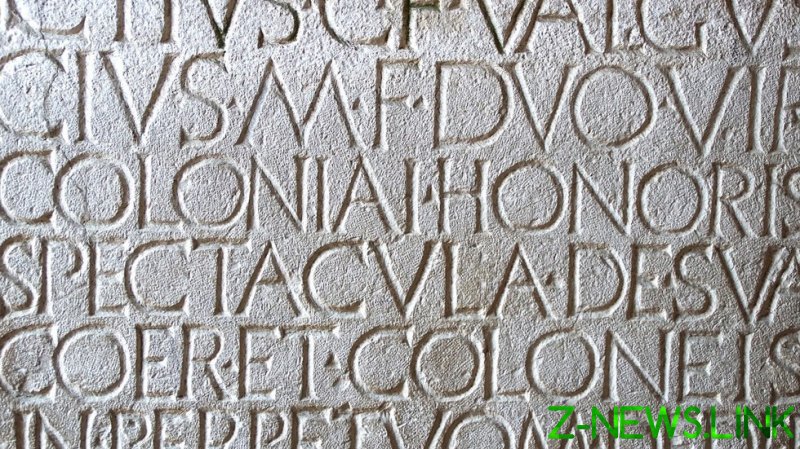 Latin lessons will be introduced in 40 schools from September next year as part of a scheme by the Department of Education to make the language more accessible for state school students, who, unlike their private-school counterparts, do not typically have the option of learning it.

In a statement on the scheme, Education Secretary Gavin Williamson said that, though Latin “has a reputation as an elitist subject which is only reserved for the privileged few”, the language “can bring so many benefits to young people, so I want to put an end to that divide.”

However, the announcement sparked a conflicted debate in the UK on whether or not Latin is still a useful language to learn in the 21st century.

“I have no idea why the Tories are so obsessed with having Latin taught. I did it to A Level. I can occasionally translate things on tombs. That’s it”, tweeted author Emma Kennedy, while Nazir Afzal, a former chief crown prosecutor, criticised the government for equipping children with skills he said were better suited to the first century than the 21st.

Former Liberal Democrat leader Tim Farron also railed against the initiative, writing, “It’s elite because only people who are guaranteed successful careers thanks to family connections can afford to waste time on a subject whose only practical application is in understanding some of the dialogue in Asterix books”.

However, historian Dr Francis Young argued that Farron’s criticism was based on the errant belief that “Latin is all about the Romans”.

“Most of the stuff written by Romans has already been translated … But Latin was widely used up to and beyond 1700”, Young explained. “So, every time we need to engage with society before 1700, we may need Latin”.

Young added that he’s used his knowledge of Latin to translate texts as diverse as medicine recipes for scientists, old company records, legal documents “that are still applicable in the modern world” and literature that was published in the language until the end of the last century.

“Just yesterday I was reading a book in Latin published in 1976. The idea that Latin is a ‘dead language’ is very much an Anglophone perspective”, he concluded.

Green Party spokesperson and former Member of the European Parliament Catherine Rowett also celebrated the language, calling it “the best thing”, while television presenter Alistair Stewart praised Latin as “a corner stone of our own language”.