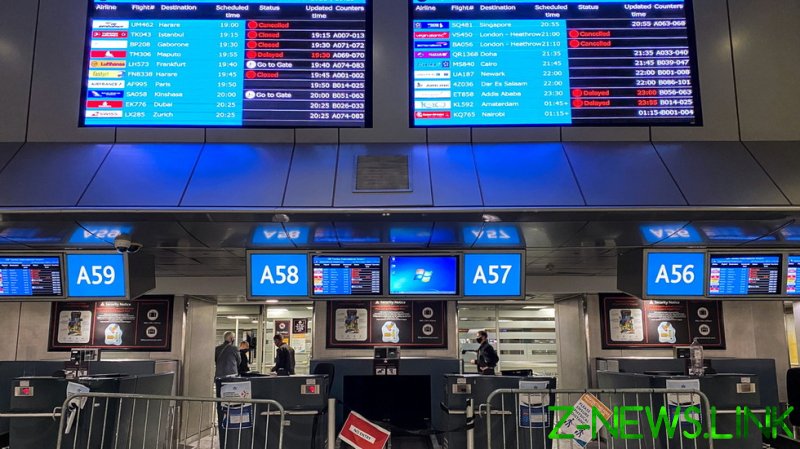 Speaking to the BBC on Monday, Nigeria’s representative in the UK, Sarafa Tunji Isola, said that the targeted approach taken by the British government has created a “travel apartheid” by limiting travel to and from some African nations.

Nigeria became the latest country to be added to the UK’s travel ‘red list’ on Monday, with all 11 states on the list located in Africa. The red list means that the only people allowed to enter the UK from them are UK or Irish nationals and residents. Anyone returning from red-list nations has to self-isolate for 10 days at their own expense in a government-approved hotel.

The UK’s decision to impose restrictions on Nigeria was announced on Saturday, with the British government citing how the “vast majority” of Omicron cases in Britain have been linked to “overseas travel from South Africa and Nigeria.”

Isola is the latest official figure to blast the restrictions, with UN Secretary General Antonio Guterres having also used the term “travel apartheid” last week while speaking to reporters in New York. The UN chief claimed that travel restrictions, such as those imposed by the UK, are “not only deeply unfair and punitive”, but are ultimately “ineffective.”

UK minister Kit Malthouse refuted the allegation, stating that the use of the phrase “travel apartheid” is “very unfortunate language.” Defending the restrictions, he argued that they are helpful in giving British health officials “a little bit of time” to “work on the virus and assess how difficult it’s going to be.”

The UK’s Department of Health and Social Care has also stood by the restrictions, noting that the government will continue to keep the potential risk posed by individual countries and territories under review as regards what levels of precaution are required.