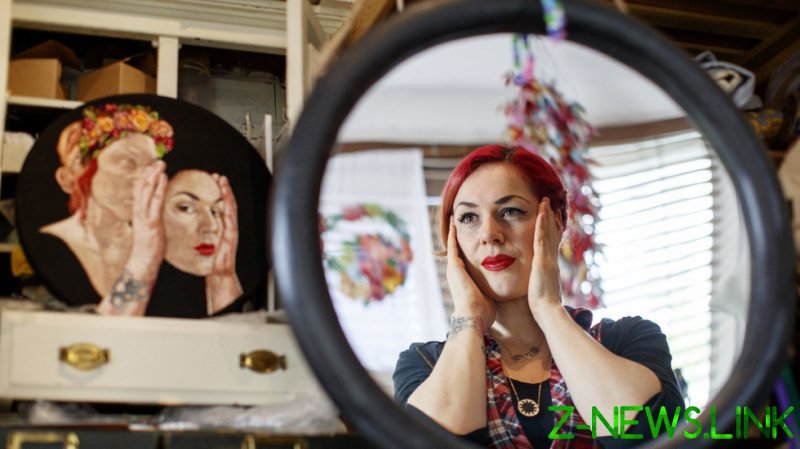 Last week, the academy announced that it had withdrawn textile artist Jess de Wahls’ embroidery from its gift ship over a blog post she wrote in 2019, titled ‘Somewhere over the Rainbow, something went terribly wrong…’, in which she argued for there being just two genders.

In the post, she noted that the “idea of a gender spectrum and sex as a social construct, rather than a biological reality” had gained a “rather fanatical following and high visibility” in recent years. De Wahls also expressed alarm at how “accusations of bigotry and hatred” were hurled at people who “don’t buy into” the ideology.

Noting that she had “no animosity” towards anyone who “feels more comfortable expressing themselves as if they are the other sex,” de Wahl said she could not “accept people’s unsubstantiated assertions that they are in fact the opposite sex to when they were born and deserve to be extended the same rights as if they were born as such.”

After the post resurfaced last week, the academy posted an Instagram message thanking those who brought her “transphobic views to our attention.” De Wahls said academy officials had informed her that an official investigation was underway.

On Wednesday, however, “after a great deal of debate,” the institution made an about-turn, issuing a statement that apologised for the way it treated her and pledged to “navigate” such issues better in the future.

“We had no right to judge her views on our social media. This betrayed our most important core value – the protection of free speech,” the statement notes, adding that the institution had “thought long and hard” about this episode and the “wider issues it raises.”

Stating that the academy stands for the “plurality of voices, tolerance and free thinking,” the statement added that “freedom of expression can open up debate, create empathy or respect for difference, it can also at times cause hurt and outrage.”

Culture Secretary Oliver Dowden described it as a “welcome apology,” tweeting: “Freedom of expression is central to great art and culture and should always be protected.”

Other people chimed in to praise the “fulsome apology,” including Piers Morgan, who tweeted that “the woke worm is turning.”

However, a number of social media users described the statement as “anodyne” and a “non-apology.” One commenter claimed that the academy’s social media manager, Adam Koszary, had “just admitted they didn’t want to make it,” linking to a since-deleted tweet by Koszary that seemed to imply the whole thing was “performative.”

In response, de Wahls noted that “ideological capture doesn’t just evaporate over night.” Earlier, the artist had posted a screenshot of an abusive comment purportedly posted on her website that mocked her “win” and warned her not to “mouth off at trans people again.”

Meanwhile, the academy found itself on the receiving end of more outrage after tendering its apology, with several people criticising it for its “lack of principles” and demanding that it change its pride-themed rainbow profile picture and “actually stand in solidarity with LGBTQ people.”

Arguing that “supporting free speech shouldn’t include hate speech,” actor David Paisley called on the institution to release an “equivalent statement about your support for diversity, inclusivity and the safety of minority communities… specifically the LGBT+ community.”