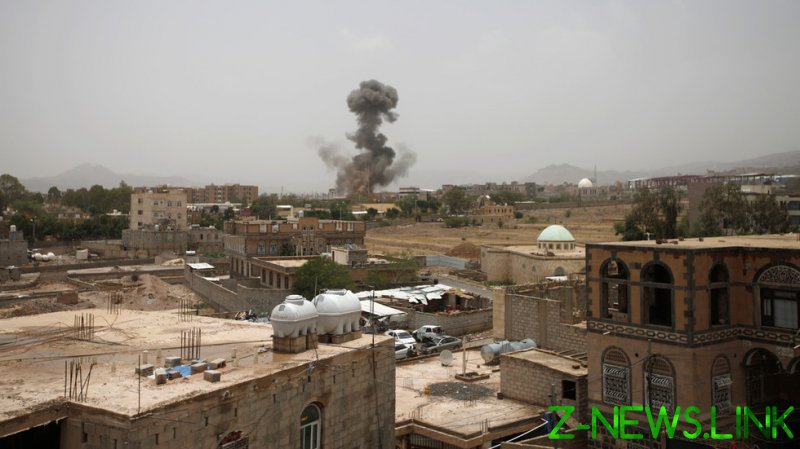 “As the US has called for an end to the conflict in Yemen, the UK is heading in the opposite direction, ramping up its support for the brutal Saudi-led war by increasing arms sales and refuelling equipment that facilitate airstrikes,” Sam Nadel, head of policy and advocacy at Oxfam, said on Monday.

Nadel was referring to the British government’s decision to licence the sale of air-to-air refuelling equipment, as well as £1.4bn ($1.96bn) of other exports, to the Saudi government last summer.

“The UK claims to support peace in Yemen. It can start by immediately ending the sale of all arms that risk being used against civilians and exacerbating the humanitarian crisis,” Nadel added.

The British government has denied that it acted irresponsibly in deals with Saudi Arabia after a mandated court review said there were only “isolated incidents” of humanitarian law breaches in the kingdom’s conflict with Yemen.

A government spokesperson said: “The UK operates one of the most comprehensive export control regimes in the world. The government takes its export responsibilities seriously and rigorously assesses all export licences in accordance with strict licensing criteria.”

Oxfam has called on the UK to stop selling arms to the Saudis and has urged both the Houthis and Riyadh to adopt an urgent ceasefire amid fears of an escalating humanitarian disaster. United Nations representatives warned last week that five million civilians were “just one step away from famine” after the war had taken a “sharp escalatory turn.”

Earlier in February, the new Biden administration said it would halt all sales of arms to Saudi Arabia that might be used in “support of offensive operations,” but confirmed Washington was still committed to the kingdom’s self-defence.