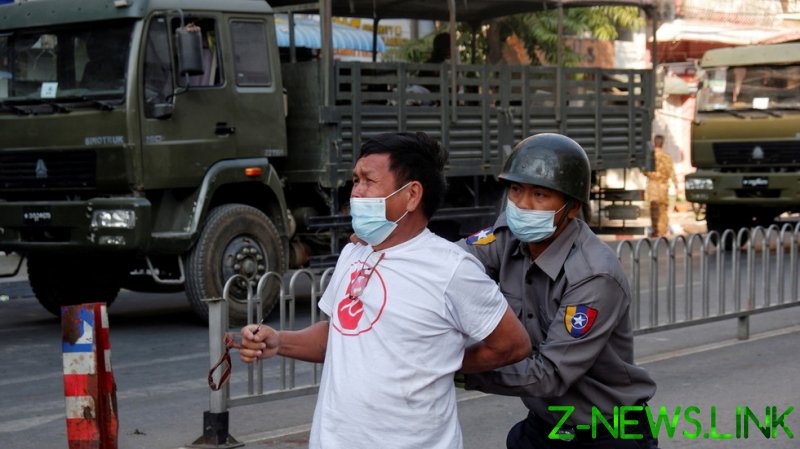 The UK has sanctioned 19 military officials in total over the coup, and Canada, 54 individuals.

The British sanctions impose asset freezes and travel bans on the three named individuals, with the Foreign Office saying the measures are aimed at preventing aid reaching the ruling military junta. Canada’s measures also effectively freeze the assets of those targeted.The US has also imposed sanctions on Myanmar’s generals and canceled some $42 million in aid to the country.

The military detained Myanmar’s State Counsellor Aung San Suu Kyi and other elected officials on February 1, seizing power and declaring a one-year state of emergency after claiming that the country’s elections in November were rigged.

Protests have erupted across the Southeast Asian country and around 495 local political leaders, activists and protesters have been arrested, according to the Assistance Association for Political Prisoners (AAPP).

On Thursday, a group called the Myanmar Hackers also reportedly disrupted websites run by the military in response to internet access being blocked in the country for a fourth straight day.