Home / sports / UHL: “Donbass” beat “Dnepr” and equalized in the final of the playoffs

UHL: “Donbass” beat “Dnepr” and equalized in the final of the playoffs 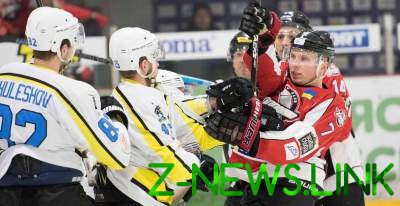 “Donbass” took revenge from Kherson Dnipro for the defeat in the first match of the final series a playoffs of the championship of Ukraine on hockey.

The key to the match was a two-minute segment at the end of the second period. Victor Zakharov in the minority after the transfer of Evgeni Nikiforov opened the scoring, and 30 seconds before the siren on a break all the same Zakharov in equal structures has doubled advantage of owners. And again the captain of “Donbass” assisted Nikiforov.

See also:  Final Android O will be released for the Pixel in August

In the final period of “Dnipro” tried to correct their own mistakes in defense, but “Donbass” were solid at the gate. A chance for a comeback in the wards Dmitry Podgornogo appeared 3 minutes before the end of the game when Kirill Belousov reduced the gap to the minimum.

After 51 seconds after the puck Nikita Makritsky left Dnipro in the minority. Guests still tried to translate the game into overtime, but immediately got the puck into the empty net point in the match put Ilya Korenchuk.

See also:  In the SBU reported how many Ukrainians are in captivity of fighters on Donbass

The final series of the playoffs UHL moved to Kherson. The third match will be played April 7 at the arena “Favorite”.