Ufologists managed to photograph the UFO with a record close distance. Video 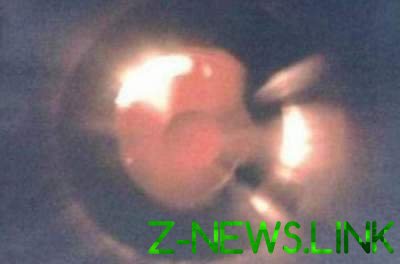 An unusual video has hit the world wide web.

Ufologists representing team secureteam has submitted the UFO, which, according to alien experts on extraterrestrial civilizations, made with a very small distance. Allegedly, the authors of the photo was directly under the flying saucer hovering low over the ground, and managed to capture all the details.

The self-proclaimed experts claim that the picture was taken by two people, photographed refinery in Scotland. Men supposedly saw in the sky an unusual object is red and managed to photograph him when he was directly over their heads, making an unusual buzz. After some time the “flying saucer”, according to alleged eyewitnesses, abruptly picked up speed and disappeared from sight. Ufologists also clarify that the picture was taken in the last century (1991), but only recently has attracted wide attention.

The authors of the video with a link to the creators of the photo say that at the time when the UFO hit the shot, he was at the height of about 200-300 feet (60-90 centimeters) over those who were holding the camera. Thus, ufologists assume that the picture is the clear shot, which captures “flying saucer”, and could be closer than any similar picture. Thus, the frame can be considered strong evidence of the presence on Earth of extraterrestrials, conclude the proponents of this theory.

Moreover, it is claimed that around the same period and in the same area were found many other unidentified flying objects and other mysterious phenomena. Allegedly, the sites were located in the area of Falkirk, sometimes referred to as the “Falkirk triangle” — probably, by analogy with the long popular among ufologists and conspiracy Bermuda triangle.