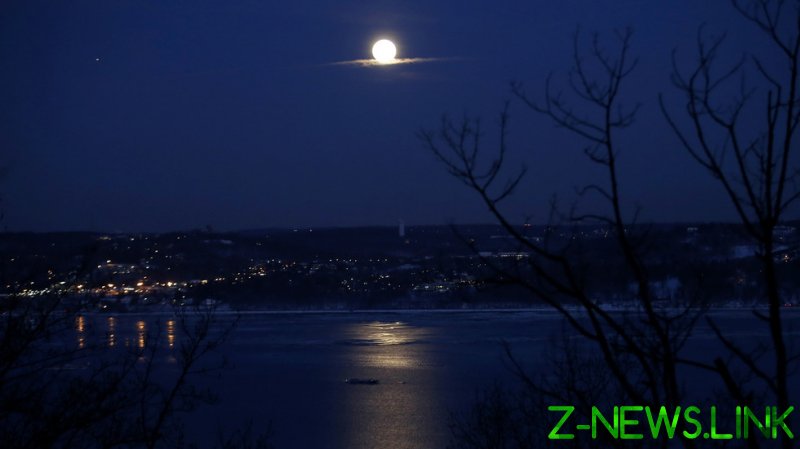 Elizondo is a counterintelligence specialist who was in charge of the Advanced Aerospace Threat Identification Program (AATIP) before it was disbanded in 2012. Five years later, he made public three US Navy videos showing “unexplained aerial phenomena” (UAP). The US military later confirmed the videos as authentic, but said they were not meant for publication.

Earlier this month, Elizondo filed a 64-page complaint with the Defense Department’s inspector general’s (IG) office, accusing several individuals of dragging his name through the mud, threatening his employment, and even trying to strip him of his security clearance.

“What he is saying is there are certain individuals in the Defense Department who in fact were attacking him and lying about him publicly, using the color of authority of their offices to disparage him and discredit him and were interfering in his ability to seek and obtain gainful employment out in the world,” Daniel Sheehan, Elizondo’s attorney, told Politico.

Those individuals engaged in “malicious activities, coordinated disinformation, professional misconduct, whistleblower reprisal and explicit threats,” according to the complaint.

Elizondo has met with IG investigators several times already, and told them he had documentary evidence “which suggests a coordinated effort to obfuscate the truth from the American people while impugning my reputation as a former intelligence officer at the Pentagon.”

In one particular episode, shortly after Elizondo left government service he says a senior official told him they would “tell people you are crazy, and it might impact your security clearance.”

He also brought up an apparent campaign involving several bloggers, who were told he had no duties at AATIP, and that it had nothing to do with UFOs. “As a result, the bloggers began to disseminate reporting, accusing me of being a fabricator,” Elizondo told the inspectors.

The last straw seems to have been an inquiry he received in April from the Defense Counterintelligence and Security Agency, requesting a new interview so he could maintain his security clearance – which had just been renewed in January.

The Pentagon would not comment on Politico’s story. While the IG office declined to confirm or deny an investigation based on Elizondo’s complaint, a day after receiving it the IG announced a probe into the AATIP program.