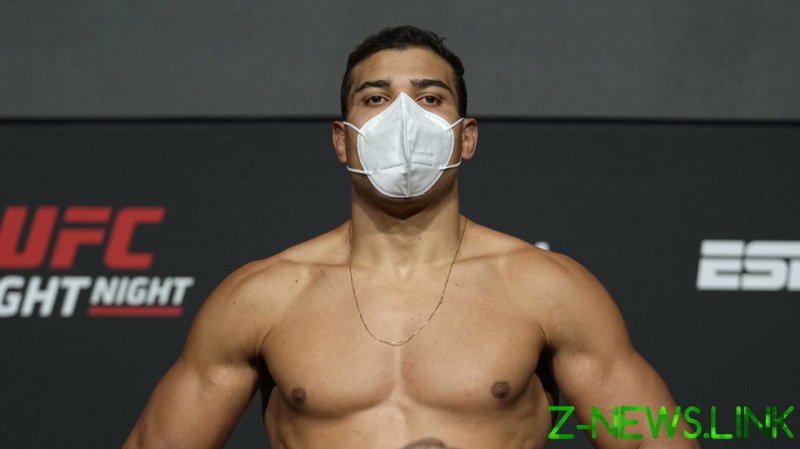 UFC middleweight contender Paulo Costa has reportedly fallen foul of the authorities in his native Brazil after allegedly assaulting a nurse while trying to obtain a Covid-19 vaccination certificate without actually receiving the jab.

Per a report by Brazilian outlet Globo, Costa was arrested in the Metropolitan Region of Belo Horizonte amid reports that he had attempted to persuade health officials to give him a fraudulent vaccine card – and that he ‘elbowed’ a nurse during the process.

Costa had stated ahead of his fight with rival Marvin Vettori last year that he was avoiding vaccination against the potentially fatal illness given that he is “young and healthy”, but did say that he might change his opinion on the matter if he was required to be vaccinated for an upcoming fight – and has apparently attempted to secure one ahead of an August fight with Luke Rockhold. 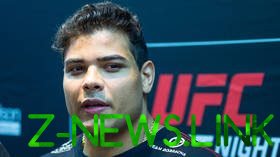 And according to Municipal Guard Marco Mota, Costa was not happy with the situation.

“The card was filled out. The workers said that, at the time of application, he did not agree to get vaccinated, he wanted to leave with the card and they did not accept it. At that moment, a nurse took an elbow,” he said via translation.

Mota also recounted Costa’s version of events: “He said he took the vaccine, but the nurses didn’t let him leave with the card. He said it generated a stress, he took the card and left.

“At that moment, a nurse grabbed him by the arm and he got rid of it. He doesn’t talk about elbowing.”

The nurse in questions isn’t understood to have received any injuries during the incident and Costa was soon released from custody when investigations determined that there was no video evidence of the supposed incident.

The fracas is the latest such report of altercations involving high profile fighters this year, and comes after Mike Tyson was filmed in a fracas with a fellow airline passenger.