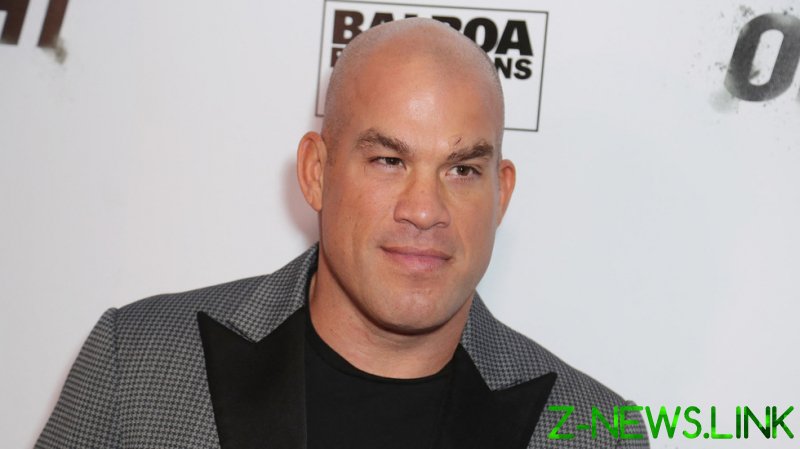 Ortiz, a former light heavyweight champion of the elite MMA promotion and one of its early old school stars, took office back in December.

Receiving 42,000 votes, this was the biggest tally in poll history for the highest office in the California community he hails from.

Yet just some six months since taking over the reins, he has already decided to leave his first big political role.

“I was under the notion that I was in a bi-partisan position and that we all had a common goal that our city and our constituents could have. To put it frankly, that’s not the case,” said Ortiz while reading from a statement at a city council meeting where he announced the shock resignation.

“From Day 1, I was sworn in and I was met with hostility and judgment.  Being a public figure, nothing is new. However, to be the sole focus of character assassination each and every week, with multiple news stories and leaked personal information – all of which were in hopes to slander and defame my name,” he continued.

“I thought I was up to this job, but I knew I had over 40,000 constituents who were there counting on me. As of recent, the attacks against me moved to involve my family.

“I now feel [that] their safety is in danger. To put it simply, this job isn’t working for me,” he confessed.

After Ortiz made the announcement, council went into recess but the remaining members did not pass any comment on the matter when they returned.

His relationship was long rocky with his colleagues, though, who he accused of singling him out for his conservative views which have included refusals to wear a facemask and get the vaccine to protect himself against Covid-19.

Running under a “Make Huntington Beach Safe Again” slogan in tribute to Donald Trump’s “Make America Great Again” counterpart, Ortiz told a group of sympathizers to the ex-US president “We’ve got to be on the right side of history, the good side of history” at a December “Stop the Steal” rally opposing the election of Joe Biden.

“This is good versus evil. I don’t want a communist country,” Ortiz said, yet this was only the beginning of his controversies at the helm.

In February, he almost lost his title at a City Council meeting when refusing to wear a mask, though the item to strip him was tabled in order to hand Ortiz more time to learn the lay of the land.

Before that, at the turn of the year, he was blasted by the public when recording a controversial video where he criticized a burger shack in Huntington Beach for not taking his order as he was unmasked.

Members of the community accused him of sending customers away from small businesses struggling to survive in the pandemic, which led to longtime Republican Councilman Mike Posey telling him “this is not a partisan seat.”

“It’s about serving your neighbors. If wearing a mask makes somebody comfortable, then put it on.”

As if that weren’t enough, Ortiz also caused a stir for filing for unemployment benefits despite not having working hours cut in the pandemic.

He wrote on Facebook that his business enterprises have “suffered tremendously due to the COVID lockdowns” while he had “forfeited many income-generating opportunities to serve Huntington Beach as an elected official.”

“What is most alarming is that high-level Huntington Beach city employees and/or elected officials may have colluded with local activists to disclose my confidential information to the OC Register as part of an ongoing character assassination campaign against me,” Ortiz wrote.

Deciding to “step into the political arena to fight for his hometown,” ‘The Huntington Beach Bad Boy’ has quit on his stool or tapped out early in the bout.