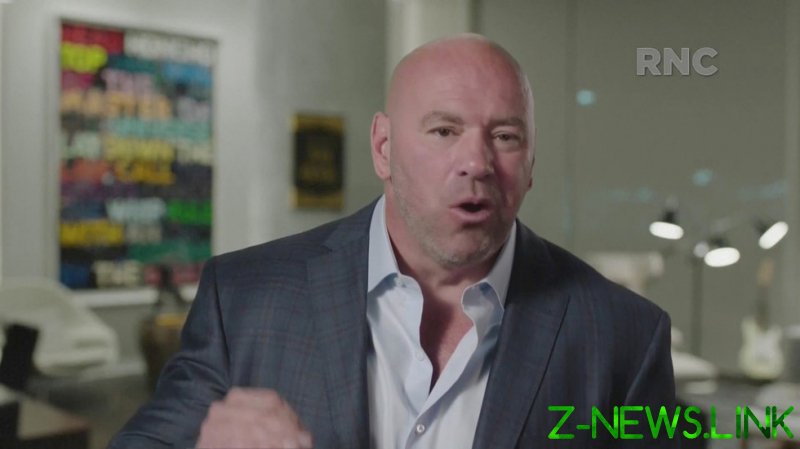 White spoke on the fourth and final night of the Republican National Convention on Thursday, voicing support for Trump in the 2020 presidential race and denouncing a wave of civil unrest that erupted earlier this year as “lawless destruction.”

“It blows my mind how quickly some of the leadership in this country has forgotten the critical role first responders play in our society,” he said. “Police departments and other law enforcement, even some fire departments, have faced opposition from many in this country, but they are always the people who are asked to step up when things are at their worst.”

The MMA bigwig went on to hail the Trump administration’s coronavirus response, saying the president had helped to bring a sense of “normalcy” back to Americans by assisting sporting leagues in reopening amid the pandemic. Though he said the health crisis had taught voters to be “very, very careful” about who they place in positions of power, White argued it was “critically important” to keep Trump in the Oval Office in November.

“I have said it before and I will say it again: [Trump] is one of the most loyal human beings I have ever met, the man has unstoppable energy,” White said, adding that he “may be the only president in modern times who has actually done everything he said he would do during his campaign.”