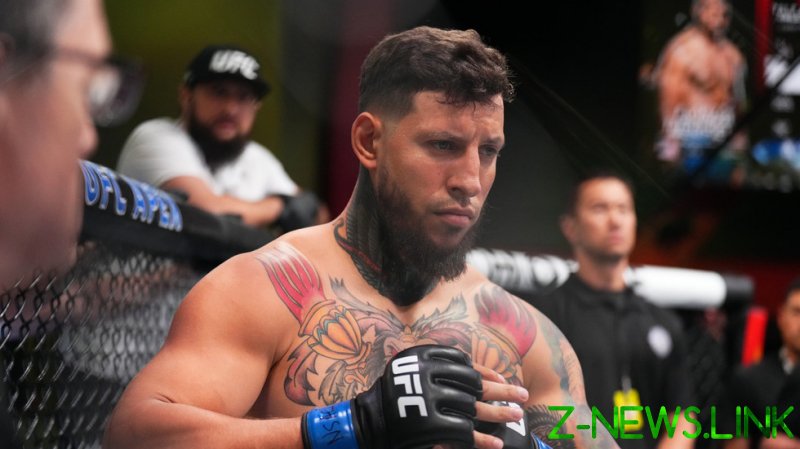 The cries of ‘There’s only one Conor McGregor’ which often accompany the Irishman’s fights in the UFC Octagon are apparently more accurate than you might think after the UFC reportedly opted to cut ties with Askar Mozharov, the man known by some as the ‘Ukrainian Conor McGregor’.

Mozharov, a fighter who sports similar tattoos to the notorious Dubliner, has garnered a reputation online as being something of a McGregor doppleganger – with some even humorously referring to him as ‘Cosplay McGregor’ – but it seems as if the Ukrainian fighter’s 15 minutes of fame have elapsed after his release from the after just one fight was reported late on Wednesday.

Mozharov’s sole bout in the Octagon saw him lose inside the first round to American fighter Alonzo Menifield, but more interestingly perhaps was the revelation that Mozharov’s fight record underwent some changes shortly after an investigation by Sherdog, the online outlet which tracks a fighter’s career wins and losses.

It was also claimed that he submitted false victories to the website in a bid to make his fight record appear more appealing.

The saga (and his loss to Menifield) seems to have hastened Mozharov’s reported exit from the UFC, and it appears unlikely that he will ever fight in the Octagon again.

The real Conor McGregor certainly has his detractors (and others will say one McGregor is certainly more than enough) but at least the Irishman has earned every bit of his 22-6 career record – and has shown that it takes more than chest tattoos and a swagger to succeed in mixed martial arts.