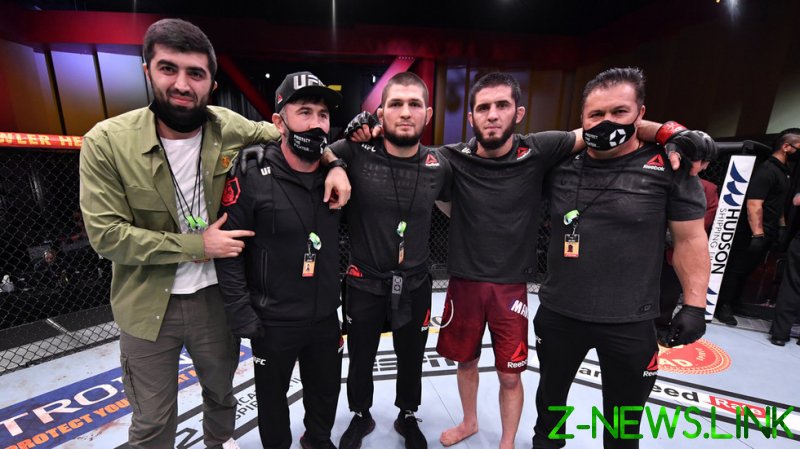 Fighting for the first time since September 2019, Russian star Makhachev got the job done with an arm triangle submission that reflected his dominance on the ground for most of the contest at the UFC Apex in Las Vegas.

Makhachev faced a frustrating 2020 on the sidelines after a spate of cancelations, but returned in strong fashion against the dangerous Dober – who himself had won six of his past seven fights heading into the contest.

Makhachev was cornered by UFC lightweight champion Khabib Nurmagoemdov, who has tipped his friend and teammate as the man who can ultimately ascend to the throne he will relinquish after his retirement.

Fighters and pundits online were certainly impressed by the nature of the 29-year-old’s latest win.

Makhachev used his post-fight interview to call out someone from the top-five of the 155lbs fold, naming Tony Ferguson as a potential next dance partner.