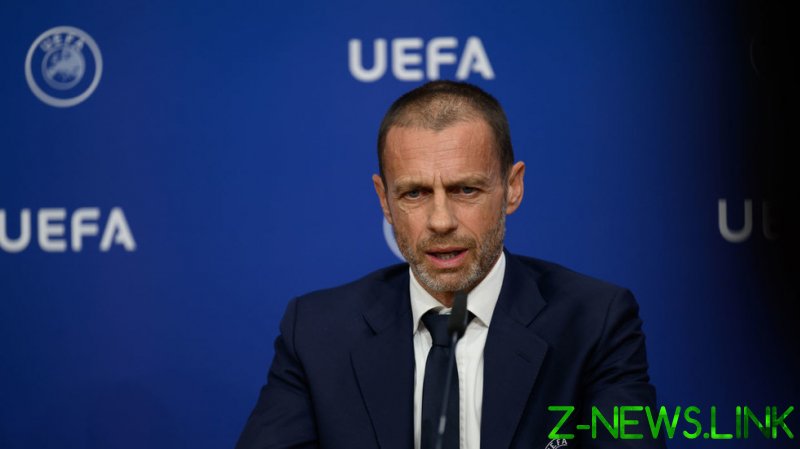 UEFA president Aleksander Ceferi says that he regrets the actions that he feels European football’s governing body was forced to take against Russian football, but says that they had to do their part to end the “craziness” as soon as possible.

Russian football has been blacklisted by several major sporting federations in the wake of the onset of the Kremlin’s military campaign in Ukraine, with both UEFA and FIFA issuing decrees to halt the country’s footballers from international and European competition as a result.

The Russian men’s national team were effectively barred from this year’s World Cup in Qatar after they were disallowed from competing in a qualification playoff, while the country’s women’s side was expelled from this summer’s European Championships in England.

They have since been replaced in the competition by Portugal – the team they defeated in their own qualification playoff.

Spartak Moscow were also removed from the UEFA Europa League at the quarter-final stage.

In late February, UEFA and FIFA issued a joint statement which said that “all Russian teams, whether national representative teams or club teams, shall be suspended from participation in both FIFA and UEFA competitions until further notice.”

Further clarity on the indefinite ban is expected in due course but speaking to AS Ceferin said that the ban imposed on Russian football was regretful, but a necessary measure taken in opposition to the Ukrainian conflict.

“The situation is difficult, and we couldn’t do it differently,” he said.

“Although in a way, it breaks my heart to sanction the athletes because it’s not their war. It’s not good that they suffer because of this.

“But from the other point of view, in such a terrible situation, we have to help. We have to do our part to finish this craziness as soon as possible.”

Russian national teams have been suspended from competition until further notice, while the women’s team has been barred from qualifying for the 2023 World Cup.

Russian clubs are also not permitted to qualify for next season’s Champions League. It was announced in recent days that Russian champions Zenit St. Petersburg will be replaced in the Champions League group stage by the champions of Scotland.

The Europa League and Conference League will also not feature Russian club sides next season, while the national team have been automatically relegated from the UEFA Nations League, while bids to host the 2028 or 2032 European Championships have been ruled ineligible.