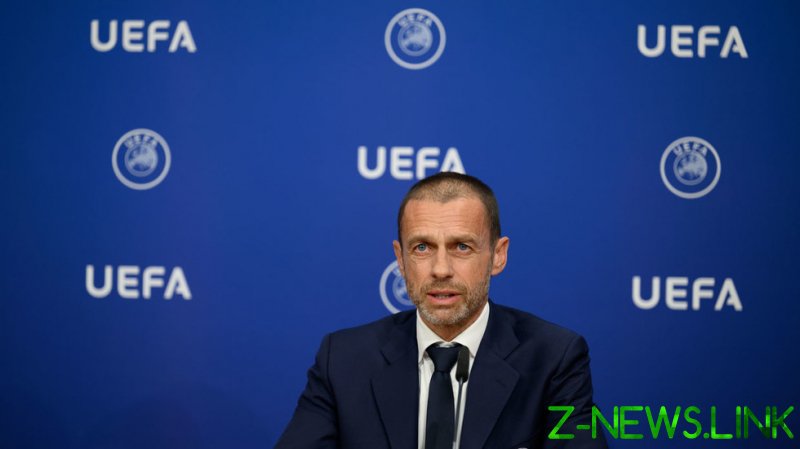 The president of UEFA, Aleksander Ceferin, says that the nature of the sanctions being imposed on both Russian and Belarusian football is regrettable given that the footballers in questions bear no responsibility towards the military situation in Ukraine.

Figures within both UEFA and FIFA imposed a ban on the Russian national team and clubs in days after the onset of the military campaign in late February, with the sanctions effectively suspending Russia from this year’s World Cup in Qatar.

Russian clubs, such as Spartak Moscow, were also removed from European club competition due to the sanctions.

UEFA bosses are expected to meet next week to further discuss the sanctions imposed on Russian football, with an extension of the ban being reported in the media as likely.

But Ceferin, the man who leads UEFA, the governing body of European football, has stated that he feels the nature of the unilateral suspensions are unfair on the individuals who are impacted most: the players themselves.

“Russian and Belarusian football players should not be subject to sanctions because they are not responsible for the conflict,” Ceferin said, as reported by rsport.

“That is why UEFA would like to show goodwill and demonstrate in practice that the sanctions are not moderate in relation to athletes and people.

“UEFA’s suspension from Russian and Belarusian football clubs may be removed in the near future. UEFA will soon decide whether Russian clubs will be able to play in European competition.”

The ban on Russian football mirrors similar measures imposed by a wide range of federations across numerous different sports.

Wimbledon, the grass court tennis Grand Slam which begins this summer, has barred players from Russia and Belarus from competing at the All England Club – meaning that the likes of Daniil Medvedev and Belarusian star Aryna Sabalenka will be prohibited from playing at one of the sport’s showpiece events.

Belarus tennis officials have condemned the move and have threatened legal action against organizers as numerous other figures within the sport, such as Novak Djokovic, have spoken out against the perceived discrimination.

Ceferin’s comments, though, may suggest that sports administrators are considering softening the array of sanctions imposed on sport in Russia.

It has also been claimed that if the restrictions continue indefinitely it could lead to a mass exodus of players from Russian football. Several players have already left their clubs in Russia following the announcement of restrictions – with foreign players based in the country permitted to unilaterally cancel their contracts to move abroad.