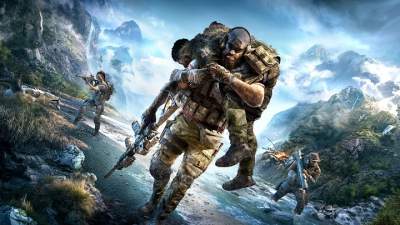 Yesterday, may 9, we wrote about the leak, the title and the release date of the new shooter from the Ghost Recon series, and in the evening of the same day the Studio Ubisoft made an official announcement of the game and published two trailer: announcing and gameplay.

In Ghost Recon Breakpoint players will again fight for the soldiers of the detachment “Ghosts”. Game action is transferred to a secret island, Auroa, which combines wild nature and advanced technology. Last – merit company to produce drones Skell Technology that works on the island.

The island of Aurou and Skell Technology capture “the Wolves” – a group of former special forces officers and members of the detachment “Ghosts”. Mercenaries led by Cole Walker (played by actor John Bernthal). The invaders make a drone manufacturer to make their devices advanced killing machines. To eliminate “wolves” are sent, of course, Ghosts.

In Tom Clancy’s Ghost Recon Breakpoint added fatigue of the soldiers, stacking effects wounds complicated landscape, new tactical mechanics and a fresh set of fighting techniques. Will add more elements of stealth: soldiers will be able to wear camouflage and blend in with the terrain and to hide the dead bodies. On halts it is possible to change the weapon class and other parameters of the character.

In addition to the main storyline of the company, where you can play four, there will be a PvP mode. After release the developers will add a bunch of content and a new mode raids.