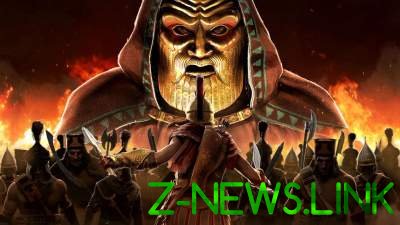 Addition tells of the reign of Darius, the legendary owner of the future distinctive weapons of the assassins.

Publisher Ubisoft has released the third and final episode of the first paid add-on “the legacy of the first blade” for Assassin’s Creed Odyssey, which tells of the reign of Darius, the legendary owner of the future distinctive weapons of the assassins. This warrior change the course of history, and prefers to strike from the shadows. The creators are paying attention role-playing elements: the choice that makes character builds their relationship with common characters, will have a significant impact on the story.

The last episode is called “Rod” is available to owners of the Season Pass or Gold Edition. Here, players will again fight side by side with the legendary winner of the first hidden blade. To stop the enemy once and for all, you have to forget about the differences with Darius and to fight to protect those who are dear. Against the Order of the Ancients, you can learn the details of the events that led to the creation of the brotherhood of assassins.

See also:  US Open 2017: Svitolina of battle overcame the first round

Judging by the roller, in this DLC there is a place for exciting battles and sea battles on teerah, and for covert elimination of enemies. Of course, to access the latest episode you must pass the previous one – “shadows of the past” and “Hunter and prey” and also to complete the quest line “Naxos” in Chapter 7 of the main story and reach a minimum of 28 level of character development.

It is worth mentioning that in addition to the “Heritage of the first blade”, the Season Pass later will have access to the history of the “Fate of Atlantis”, which will also be split into three episodes, coming out every 6 weeks. Provide developers and new free content: weekly epic ships and mercenaries; daily and weekly contracts; and between the episodes – scene sketches under the title “Forgotten legends of Greece.” Recently Assassin’s Creed Odyssey received a major update to 1.1.4, which introduces the mode of “New game+” and other innovations.