Uber secret deals exposed – what we know so far 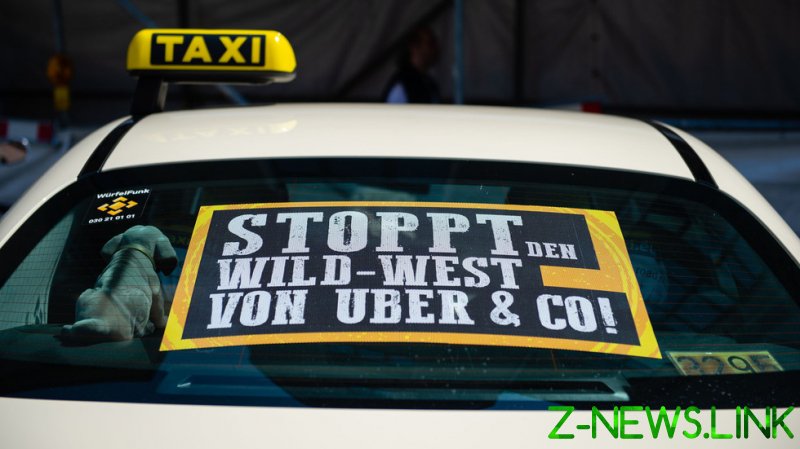 A trove of Uber documents leaked to the media opens a window into the internal workings of the ridesharing giant’s sometimes brutal and sleazy approach towards muscling its way into becoming a worldwide juggernaut. Here is what we know about the so-called Uber Files.

Gig giant exposed The Uber Files were obtained by British newspaper The Guardian and shared with other outlets to prepare a series of reports based on the leak. Its principal partner is the US-based International Consortium of Investigative Journalists (ICIJ). The files include more than 124,000 documents, including 83,000 emails and text messages from 2013 to 2017. It was a time of rapid global expansion for the US giant, which was run at the time by co-founder Travis Kalanick. He resigned as CEO in 2017 amid concerns from investors over Uber’s corporate culture.

Uber pioneered a gig-economy business model, and many nations were not prepared for it, regulatorily speaking. As the company lured drivers with various incentives and cut costs by minimizing taxes, traditional taxi drivers protested what they saw as unfair competition.

‘Pirates’ of ridesharing Uber executives were quite aware of their dubious legal status and joked about their effort to brush off regulations, emails showed. “We have officially become pirates,” one person wrote in a discussion of company tactics to “avoid enforcement.”
The cavalier approach based on the notion that it’s better to seek forgiveness than permission produced what the company referred to as a “pyramid of sh*t,” including lawsuits from drivers, administrative procedures, investigations by regulators and direct litigation.

‘Kill switch’ One way to apparently hinder investigations was to cut access to company servers in the US from regional offices, referred to as “kill switch” in Uber communications. It was engaged during police raids in countries like France, the Netherlands, Belgium, India, Hungary and Romania. 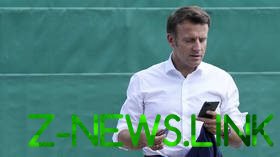 In a text sent during a raid in Paris in 2015, Thibaud Simphal, the then-manager of Uber France told Mark MacGann, the company’s chief lobbyist in Europe at the time, that he’d used the technique so many times that “by now the most difficult part is continuing to act surprised.”
Other tech tricks were aimed against police officers who ordered rides for sting operations. In some countries, the app would ‘dispatch’ phantom cars that never arrived. In Denmark, Uber discussed creating “blackout geofences” around police stations, meaning only pre-approved clients would be able to call rides from those locations.

Violence “guarantee[s] success” Uber executives appeared to appreciate opportunities to exploit violence against their drivers to score some public sympathy. In 2015, the firm’s general manager in Belgium called an incident, in which a protester threw a flour sack at Uber driver and passengers, a “good story.”
In one 2016 exchange, Kalanick dismissed concerns over the safety of Uber drivers in France as he called for a counter-protest to confront activist taxi drivers. When warned by MacGann that ultra-right activists infiltrated the protest and could become violent, he said: “I think it’s worth it. Violence guarantee[s] success.”

Revolving door As it executed its expansion plans, Uber spared no money on lobbying. In 2016 alone, the proposed global budget for it was $90 million, according to the leaks. The company hired what the ICIJ called a “battalion” of people to advocate on their behalf, including many former officials in the Barack Obama administration.
Neelie Kroes, a former European Commission vice president, tried and failed to get an exemption from the EU’s executive body rules to become a lobbyist for Uber before her 18-month cool-off period expired. Despite this, during that period, she appeared to advocate on the company’s behalf, ICIJ said.
“Our relationship with NK is highly confidential,” MacGann told his colleagues, four months after Kroes resigned from the Commission. Uber executives were concerned that she could become “the poster child for the discussions around ‘revolving door/tech’s crony capitalism.’ ”

Friends in high places The company managed to get the ear of many powerful people throughout the world. In France, a fast-rising business-oriented technocrat Emmanuel Macron became a good ally in the government, who had a “clear desire on his part to work around the … legislation,” according to MacGann.
The future president of France may have played a role in resolving the 2015 crisis in Marseille, where the police suspended Uber service in some districts over mass protests. According to leaks, Macron, who was economy minister at the time, promised MacGann to “look into this personally.” The ban was revised “after intense pressure from Uber,” an internal company update later said. 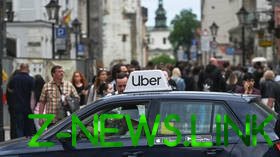 In one example of such networking, in 2016 Kalanick rubbed shoulders with the crowd at the World Economic Forum in Davos, which included then-Israeli Prime Minister Benjamin Netanyahu and George Osborne, the UK’s chancellor at the time.
Among others, he met with then-US Vice President Joe Biden, who did not come on time. Kalanick messaged a colleague, saying he told the VP’s people “that every minute late he is, is one less minute he will have with me.” His pitch for digital transformation of the transportation industry that the CEO gave impressed Biden so much that he altered his speech to praise Uber’s head.

What Uber said The company threw Kalanick under the bus, stating that it “[has] not and will not make excuses for past behavior that is clearly not in line with our present values.”
A representative for the former CEO denied wrongdoing on his part. The statement said that Kalanick “never authorized any actions or programs that would obstruct justice” and “never suggested that Uber should take advantage of violence at the expense of driver safety.”