U2 have released a new Studio album. Video 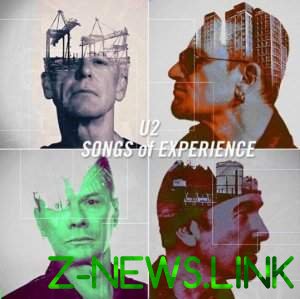 “The leader of U2, Bono has dedicated the album to his wife and children, says radio presenter Sergey Kuzin, Creativity and descendants – our only inheritance. Another dedication to the fight against mental devastation the world. The musician has an active civil position. Involved in charity work. Fighting for the purity of the planet. Lead singer of the rock band AC / DC Brian Johnson said that Bono has more to do with music, not to sit in the drawing rooms of presidents with a clever mug. Cost a great policy. In fact, he’s a rock musician. I share this opinion.

In the new album Songs of Experience has recorded a duet with American rapper Kendrick Lamar. Don’t listen to this song, because I do not like rap. No idea how to coexist U2 and hip-hop. The band exists since the late 1970s, an age that can no longer experiment.

Don’t expect anything new from the group. Listened to all the records. Only like some albums. For example, The Joshua Tree, 1987, Achtung Baby, 1991, the song With Or Without You. You 2017 You’re The Best Thing About Me that lead singer Bono sang for my wife. U2 does rock history. But, in my opinion, it’s monotonous and commercial music “.

The album Songs of Experience was planned in January 2017. After the election Donald trump President of the United States, the musicians paused. On that album appeared a song Red Flag Day and the American Soul on refugees in the United States.