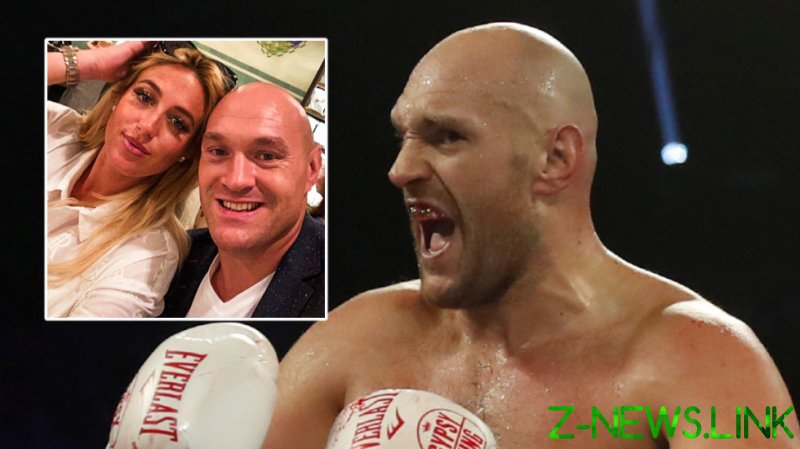 WBC heavyweight champ Fury and his wife Paris have welcomed their sixth child into the world, after the British bruiser confirmed the birth of his new daughter Athena online.

The latest addition to the Fury clan comes just weeks after a Covid-19 outbreak in his camp forced the postponement of his third fight with Deontay Wilder, and with that fight now delayed until October it will presumably give the undefeated Englishman some additional time to lend a hand on diaper-changing duties in the interim.

Fury’s Covid diagnosis – and, perhaps, one or two sleepless nights as he awaited his daughter’s birth – could explain his glaring typo on Twitter, in which he referred to his latest child as “Anthena“.

“Please can everyone pray for my baby girl, who was born this morning,” wrote Fury in an additional note. “Athena Fury, born 8/8/21. Thanks. God is great.”

Athena is the third daughter that Fury has had with wife Paris, and follows Venezuela and Valencia Amber.

As for the novel names handed to his male heirs, Fury has explained that since he views himself as a king, his male children are all, therefore, princes. As for Venezuela and Valencia – well, your guess is as good as ours.

It had been previously reported that Fury had jetted back to the UK from Las Vegas as soon as he completed his period of enforced isolation due to his Covid-19 infection, ensuring he could be present for the birth of his sixth child.

Paris Fury had even taken a tongue-in-cheek shot at her husband, writing on an Instagram story that Fury was glued to Eddie Hearn’s Fight Camp boxing card while at the hospital late on Saturday night as his wife was in labor.

And judging by some of Fury’s recent comments, it doesn’t appear that the couple are happy to stop at six children.

“When time came for marriage, I asked her how many children she wanted. She said 10,” Fury recalled to the Daily Mail.

“Let’s have a mixed football team playing on the pitch at [Fury’s UK residence of] Morecambe.“