Home / policy / Tymoshenko spoke against limiting the powers of the President

Tymoshenko spoke against limiting the powers of the President 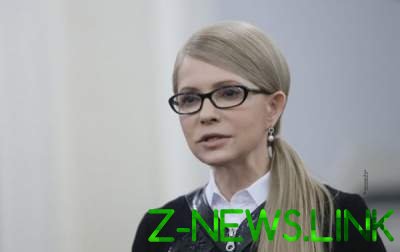 In her opinion, “we should allow elected head of state to do their job”.

The leader of “Batkivshchyna” Yulia Tymoshenko believes that the party “Samopomich”, the law “On the President” unconstitutional.

She wrote about this on Saturday on his page in Facebook.

“The idea to revise the powers of the President. As for me, the proposed “Samopomoc” the law contradicts the Constitution. Besides, the country tired of political intrigue, pulling powers and attempts to change the rules during the game”, – said Tymoshenko.

In her opinion, “we should allow elected head of state to do their job”.

“Time for the next President to name their candidates for the posts of Ministers of defense and foreign Affairs, Chairman of the SBU, all he needs to call on the Constitution. And the Verkhovna Rada should give the ability to assign them as quickly as possible,” said the leader of “Batkivshchyna”.