Home / economy / Two weeks before the Apocalypse: for oil there’s no more room

Two weeks before the Apocalypse: for oil there’s no more room 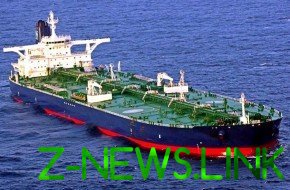 All oil tank overflows in the next two weeks, predicts Goldman Sachs. It is as ground storage facilities, and tankers. Will the oil companies deal OPEC+, which came into force on Friday, what will happen to oil prices and the dollar?

Last April was the worst month in the history of the oil industry. The demand for black gold has fallen due to a sharp decline in economic activity in all developed countries on the background of the pandemic coronavirus and mass quarantine measures. However, in may, the industry will face another problem.

Oil nowhere to store. Last week South Korea announced that its storage tanks full. The same situation is with the coastal reservoirs of Singapore.

In India, the oil refineries are already involved 95% of the capacity for storage. This result is fast approaching Europe: the supply of oil to Germany, France, Italy, Spain and the UK exceeds demand by 50 million barrels in a week. The us oil hub in Cushing reported that its storage is filled by 81%.

“Soon the sad outcome, — concludes the head of the trading operations of one of the largest global commodity traders Gunvor Group, Torbjorn Tornqvist. — It is not months but weeks”.

In Oilx, research company that analyzes satellite data are adjusted more optimistically: in the opinion of its experts, capacities will suffice for five to six weeks. “Everything will overflow only at the beginning of June,” — said the analyst Oilx Florian Thaler.

As a floating storage use tankers. According to estimates of the Saudi state oil company Saudi Aramco, this function now performs every tenth tanker of the VLCC class, able to take on Board up to two million barrels.

Only in the waters of Singapore is drifting 160 of these stores, off the coast of California — more than forty, off the coast of North-Western Europe — 30. Only for storage of oil used 350 supertankers around the world. “Floating capacity is also over — warns chief analyst portal Markets.com Neal Wilson. And the lumen is not visible”.

The prospect of one — stop fields. Where this is not possible, will either have to pay to consumers, so they took the oil, or just burn it.

Is there life after OPEC+

All hopes for agreement OPEC+. Friday global oil production was cut by 9.7 million barrels per day. But analysts say that’s not enough.

According to estimates by Goldman Sachs, by the middle of may, demand will fall by 18 million barrels, that is, the imbalance will not disappear. And that’s the most optimistic estimate. Analyst firm Rystad Energy expects to reduce demand by 20 million, and the trader Trafugura — 35.

The situation will begin to improve only in the second half. “In may, demand will reach the bottom, and the supply will decrease because the U.S. stops drilling, says chief analyst at trading company Avatrade, Naeem Aslam. — By the end of April the number of active oil rigs in the US reached a four-year low, declining by 40%. This should have a positive impact on the market.”

According to experts, the largest Swiss Bank UBS, summer, oil prices stabiliziruemost, and in the fourth quarter Brent will be quoted a more expensive $ 40.

“Even there is a shortage because the quarantine in developed countries will cancel, and the demand for fuel will sharply increase”, — the Director for investments of the UBS mark Hafele.

Russia to survive the crisis helps China. According to the customs service of China, in March imports rose 31%, to 1.66 million barrels per day, which is only 72 thousand less supply from Saudi Arabia.

There is a real chance to overtake the Saudis in may: far Eastern port of Kozmino where oil enters the pipeline and is going to export 3.2 million tonnes, 200 thousand more than in April. And mostly to China.

“The economy is recovering, the refinery is open again and can process foreign raw materials,” says Yang Chun Yao, Director of research and projections of crude oil in Asia in Refinitiv.

According Refinitiv in March, China bought 44.9 million tons of oil (in March of 39.8), and in April and may the indicators should be more.

In Europe the situation is more difficult because of outright dumping of Saudi Arabia. Riyadh has offered the Europeans their oil at a price 10.25 USD below Brent price.

However, the crisis of overproduction hit hardest by the light oil, as against the background of the pandemic global demand fell particularly produced from gasoline and aviation kerosene.

Heavy varieties such as our Urals crude oil, more demand because of the higher output diesel, which is now needed more gasoline. Even Poland, recently said that in April and may will not be buying Russian raw materials, are unable to do without the Urals. As reported last week, the portal navigation Marinetraffic, 30 APR tanker Rivera delivered more than 100 thousand tons of oil from Ust-Luga in Gdansk.

Expediency won another victory over political declarations: Polish refinery is designed to process Urals, Saudi oil must be mixed with Russian.

After the March collapse of the oil market, the Russian currency is very sensitive to price fluctuations. Since may, the situation remains difficult, most experts expect a rate of around 75 rubles per dollar.

Positively can affect the further easing of monetary policy the Bank of Russia and the reduction of the key to 4.5% in may. “This will be a good motivation to save the interest of non-residents to the Russian debt instruments, especially BFL, which in turn will support the ruble exchange rate is in the medium term strengthened to 70-71 per dollar”, — the analyst of the company “Finam” Sergey Drozdov.

At the same time, Western analysts see greater risks associated with the abolition of quarantine in many countries. “The second half of may — an important milestone for the ruble, warns Nordea Bank. — If followed by new outbreaks of disease, the appetite for OFZ markets may be lost”. Investors again start to sell off Russian assets, and the dollar will come back in the range of 75-80 rubles.

Tags apocalypse before there weeks