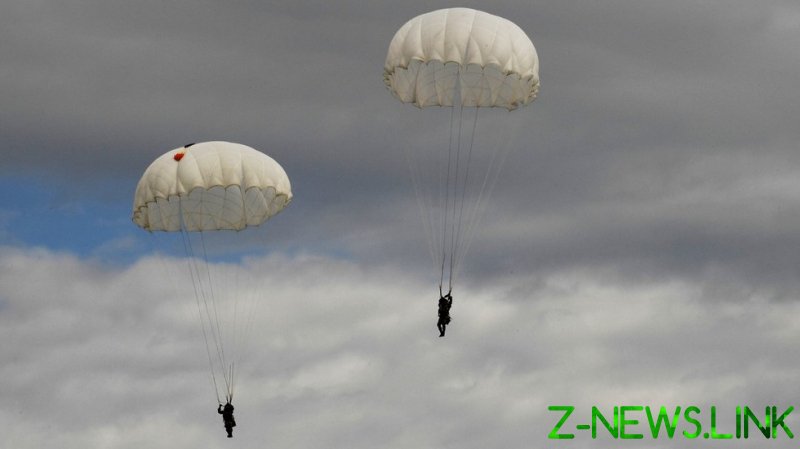 One soldier had reportedly tried to save the other until the last moment with the help of his reserve parachute, the ministry added, but the system did not have time to perform due to the low altitude.

The incident unfolded during a simulated airborne operation near the Belarusian city of Grodno. The operation was part of joint snap drills being held not far from the EU frontier, which is currently the scene of a stand-off over migrants.

Both men’s chutes collapsed at a low altitude due to a sudden wind blast, the ministry told TASS news agency in a statement. The two soldiers are described as having been contract servicemen and experienced paratroopers, who were certified as parachute jump instructors.

Both men were hospitalized in a local medical facility, but later died “from their injuries.”

Earlier on Friday, the ministry said some 250 Russian airborne troops had taken part in snap drills in Belarus. The exercise had involved a mission in unfamiliar terrain and joint tactical maneuvers with Belarusian forces. The paratroopers are now returning to Russia from the Grodno region.