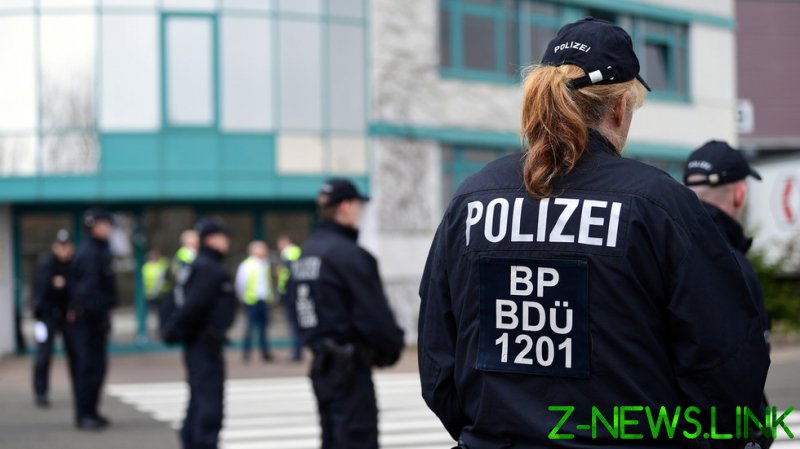 The incident occurred in the city’s southern district on Wiesenhugel, when the suspect attacked two, apparently random, people near a bus stop. Both victims, aged 45 and 68, have been hospitalized with non-life-threatening injuries.

The attacker, described by the police as a man in his twenties, with light hair and a scarred face, fled the scene on foot. The man was speaking German during the attack. Law enforcement is currently searching for the suspect in a massive manhunt operation involving at least one helicopter.

Images emerging from the scene shows the bus stop cordoned off and forensic experts collecting evidence. No information on the potential motives behind the attack has been immediately available.

The stabbing comes just a couple of days after a knife rampage occurred in Wuerzburg, Bavaria. Local police shot and arrested the suspect after he managed to kill three and injure six more people. The Wuerzburg attack was apparently motivated by jihad, with the attacker having reportedly shouted “Allahu Akbar” during the rampage, while the police later recovered propaganda materials of the Islamic State terrorist group from him.