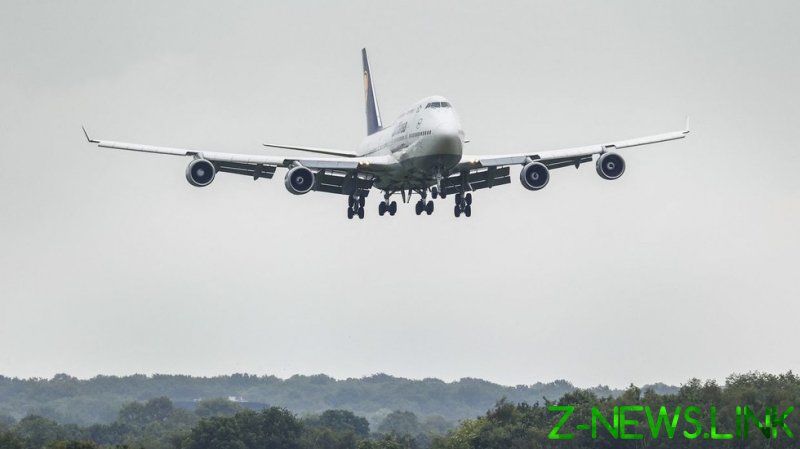 Dutch authorities are investigating after a Boeing cargo plane began shedding metal parts shortly after takeoff. The incident coincided with a similar debris-dump by a Boeing aircraft flying near Denver, Colorado.

One of the Boeing 747-400’s engines reportedly caught fire after the plane departed from Maastricht-Aachen airport on Saturday. According to airport officials, the plane then began to “lose” debris as it flew over a residential area near the airport.

According to media reports, two people were slightly injured, with one of them requiring hospitalization. The debris reportedly also caused damage to several vehicles and homes.

A photograph published by Dutch media shows a large metal rod that pierced the roof of a car after plunging to the ground.

The aircraft, which was traveling to New York, was diverted to Liege, Belgium, where it landed safely.

The Dutch Safety Board said it had launched an “exploratory investigation” into the event.

The bizarre incident occurred on the same day that a United Airlines Boeing 777, flying from Denver to Honolulu, scattered debris on a residential area after suffering engine failure in midair. There were no reports of injuries and the aircraft made an emergency landing at Denver International Airport.