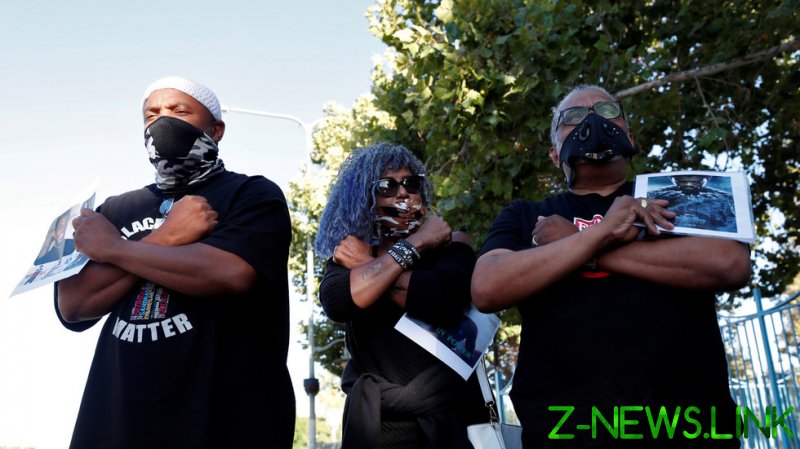 One of the cases involves Rafaela Espinal, formerly head of New York’s Community School District 12. Espinal earlier this month sued the city’s Department of Education (DOE), as well as Chancellor Richard Carranza and some of his top lieutenants, for wrongful termination, the New York Post reported on Saturday. She alleged that her career suffered after she declined at superintendent meetings to take part in group ‘Wakanda Forever’ salutes to black power, popularized in the 2018 movie ‘Black Panther.’

Espinal, who is of Dominican heritage and identifies as Afro-Latina, was admonished and told that it was inappropriate when she chose not to join in the salutes, the lawsuit alleged. Then-Bronx superintendent Meisha Ross Porter, who was later promoted to executive superintendent, often asked groups at gatherings of DOE administrators to do ‘Wakanda Forever’ salutes.

The salute, as done by the late actor Chadwick Boseman in ‘Black Panther,’ involves crossing both arms across the chest with fists pointing upward. It’s a symbol of black empowerment and a gesture of solidarity with the mythical African country Wakanda. Porter often spoke of her father being a member of the Black Panthers, a militant civil-rights group, according to the $40 million lawsuit.

Espinal alleged that fellow DOE administrators told her she wasn’t “black enough.” She was reportedly uncomfortable with the ‘Wakanda Forever’ salute being used at meetings because it “introduced a racial divide where there should be none.”

A DOE spokeswoman told the Post that the department is committed to a “safe, inclusive work environment” and denies any claims of discrimination. As used by New York school officials, the ‘Wakanda Forever’ salute is a symbol “used to represent the Bronx,” not black power, she said.

Espinal was fired in August 2018, with the DOE telling her in a letter that it was going “in a new direction” and that she “did not fit into that agenda,” the lawsuit said. She was just one year short of earning a lifetime DOE pension at the time and accepted a low-level position as a school investigator to keep her benefits.

As bizarre as it might sound for ‘Wakanda Forever’ to trip up the career of a veteran educator, Espinal isn’t the only administrator to claim such discrimination. In a separate story, the Post reported that Karen Ames, also a Bronx superintendent, alleged in a lawsuit filed against the DOE and Carranza that she was fired because she was over 40, Jewish, and refused to join in the ‘Wakanda Forever’ salutes at superintendent meetings.

Like Espinal, Ames was fired in August 2018 and told in her termination letter that the DOE was going “in a new direction.” Also like Espinal, she took a low-level job to keep her benefits. Ames alleged that Carranza, who took charge as chancellor in April 2018 touting an “equity platform.” created divisions along the lines of gender, age, race and ethnicity.

When superintendents were asked to tell their personal stories at a workshop on implicit bias, Ames said she talked about how her grandparents lost two children during the Holocaust. But according to her lawsuit, a fellow superintendent scolded her, saying: “You better check yourself. That is not about being Jewish. It’s about black and brown boys of color only.”