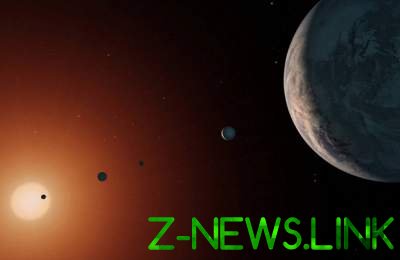 Our milky way galaxy is approximately 100,000 light years in diameter.

Astrophysics Szabolcs Marka (Marka Szabolcs) from Columbia University and Imre Bartos (Imre Bartos) from Florida state University, both research institutions of the USA, have identified a powerful collision between two neutron stars, occurred 4.6 billion years ago as the probable source of a number of heavy elements on the Earth.

During this cosmic event, held near our Solar system was formed 0.3 per cent of the most severe elements of the substance of our planet, including gold, platinum and uranium, according to this new research.

See also:  Scientists made a sensational statement about ancient cannibals

“The study of the composition of the decay products of these isotopes allows us to date the formation of meteorites,” said Mark.

To come to this conclusion, Bartos and Mark compared the composition of meteorites with the results of numerical simulation of the evolution of the milky way.

The researchers found that for 100 million years before the formation of the Earth could occur in a single collision between neutron stars in our galactic neighborhood, at a distance of about 1000 light years away from the gas cloud, which eventually formed the Solar system.

See also:  Scientists have reported the disappearance of one of the planets of the Solar system

“If such an event occurred today approximately at the same distance from the Solar system, the flash would light the whole sky,” said Mark.