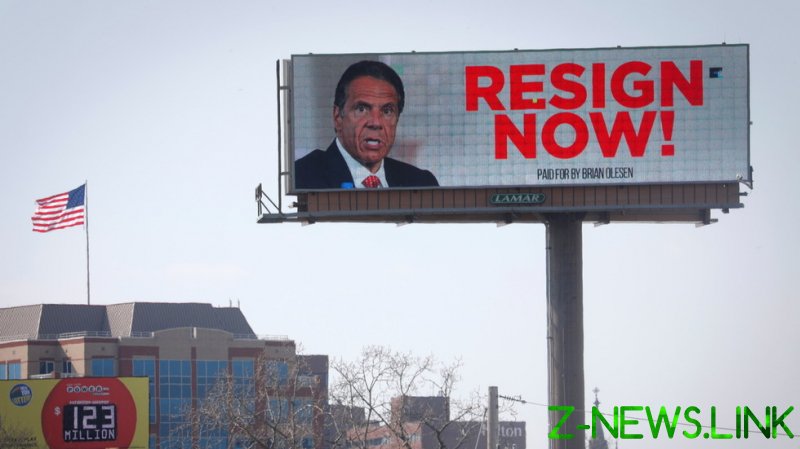 Ana Liss, 35, who served as Cuomo’s policy and operations aide between 2013 and 2015, said in an interview with the Wall Street Journal that he once “touched her on her lower back at a reception” and “once kissed her hand when she rose from her desk,” making her feel uncomfortable.

In a separate interview, Cuomo’s former press aide, Karen Hinton, claimed that back in 2000 he embraced her “intimately” in his “dimly lit hotel room,” and that she could “physically feel he was sexually aroused,”according to News 4.

Cuomo’s spokesman vehemently denied Hinton’s accusations, calling her a “known antagonist of the governor’s who is attempting to take advantage of this moment.” As for Ana Liss’ allegations, the governor’s adviser told WSJ that “reporters and photographers have covered the governor for 14 years watching him kiss men and women and posing for pictures.”

That’s what people in politics do.

Cuomo was first accused of harassment in December by former aide Lindsey Boylan, 36, who later detailed her accusation, saying he kissed her without consent and even once suggested a game of “strip poker” while they were on a private plane.

Another former aide, Charlotte Bennett, 25, later came forward detailing Cuomo’s harassment of her and claiming he sought a sexual relationship. And a third woman, Anna Ruch, 33, accused the governor of unwanted touching at a wedding and blasted his “predatory behavior.”

The governor is under fire in multiple scandals as his policies in relation to nursing homes amid the pandemic have also generated immense controversy, inflamed further last month after a top Cuomo aide acknowledged that the state had concealed its nursing home deaths to avoid handing a political win to the Trump administration. More than 15,000 New York nursing home residents have died of Covid-19, updated Health Department data shows.

The governor apologized this week for making women “uncomfortable” in the past, but denied any unwanted touching. On nursing homes, he has claimed his administration simply did not keep up with requests for information.