Two killed in shooting in Israel 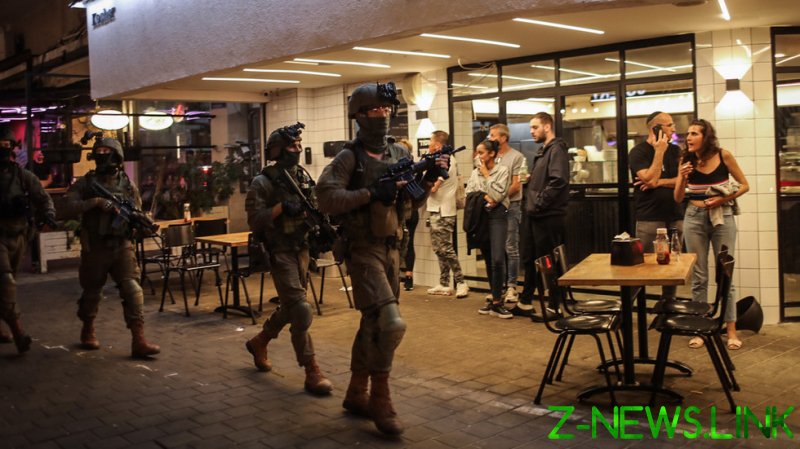 At least two people have been killed and eight others injured in a shooting attack that has seen a gunman assault people on Dizengoff Street in the center of Tel Aviv on Thursday night, the local media has reported. The area is a popular scene filled with restaurants and bars.

At least four people are said to be in critical or serious condition, according to the Sourasky Medical Center. Videos published on social media showed the aftermath of the attack, where people can be seen roaming amid the overturned tables in one of the outdoor cafes as emergency services are rushing those injured to a hospital.

The gunman is still on the run and Israeli security forces have asked the public to stay at home and leave the streets as they continue searching the area. The incident appeared to be a “nationalistically motivated” attack, the Times of Israel reported, citing the police.

“From what we know, there are signs this was [an act of] terror,” Tel Aviv police chief Ami Eshed has said. The identity of the perpetrator or possibly perpetrators of the attack is still unknown.

The attack follows a series of shootings and stabbings in other Israeli cities that have been happening since last month, the local media reported. A total of 11 people have been killed in the attacks. The Times of Israel has called the development the deadliest terror outbreak since 2006.

It is unclear if the incidents are interconnected or if their timing is just a coincidence. The Palestinian Hamas militant group that controls the Gaza Strip called the Thursday attack a “natural and legitimate response” to Israel’s “crimes” against Palestinians, Jerusalem, and the al-Aqsa mosque.

The Palestinian Islamic Jihad group has also said that the attack it called ‘The Tel Aviv operation’ sent a clear message to Israel to “stop incursions into [the] al-Aqsa mosque,” according to the Jerusalem Post.

Security forces across Israel have been put on high alert. Some 1,000 soldiers in special forces training have been deployed to aid the police at various locations, the Israeli media reported.