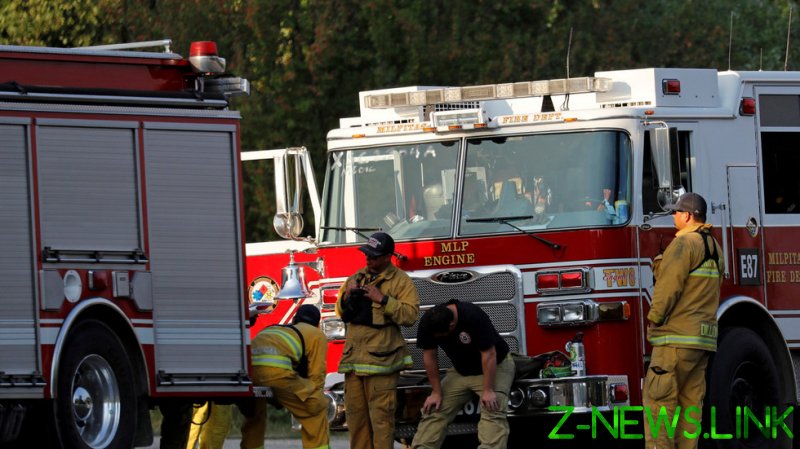 “A US Navy T-6B Texan II aircraft crashed in Foley, Alabama, at approximately 5 pm CST today. The aircrew did not survive the crash. We are not aware of any civilian casualties this time,” US Naval Air Forces reported on Friday afternoon.

The single-engine turboprop aircraft crashed into a home on Mansion Street in the small town of Magnolia Springs, Baldwin County, Alabama – directly adjacent to Foley – at around 4:23 pm local time.

Foley Fire Chief Joey Darby said that the blaze impacted a house and several vehicles, which triggered a massive response from emergency services to contain a “large volume of fire.” Despite the plane going down in “a heavy populated residential neighborhood,” Darby said that no civilians were injured.

Local media reported, citing authorities, that two people on board the plane died in the collision.

The house that caught fire was “occupied” at the moment of the crash, but all the residents managed  to “safely get out” before it was fully engulfed in flames, Darby told the media.

It’s yet unclear what caused the mishap, with police saying that the Department of Defence and the US Navy will take over the investigation.