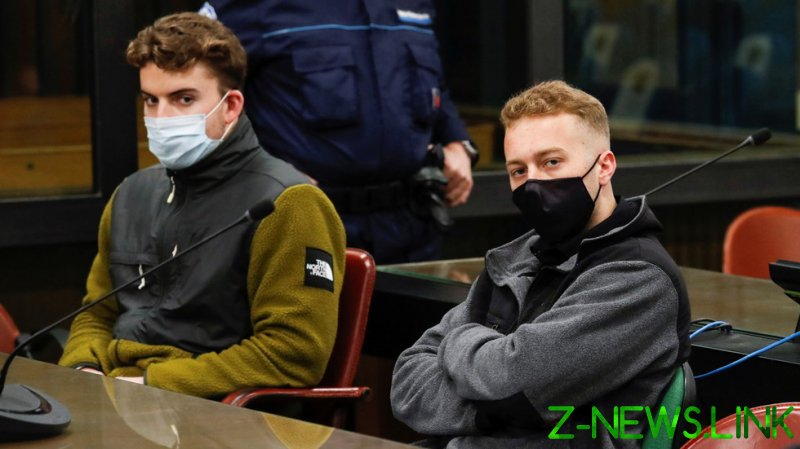 Finnegan Lee Elder, 21, and Gabriel Christian Natale-Hjorth, 20, were convicted and sentenced on Wednesday for the 2019 murder of Vice Brigadier Mario Cerciello Rega. Judge Marina Finiti read out the verdict in a packed court, siding with the prosecutors who sought life in prison for both men.

The two San Franciscans were in Italy for different reasons – Natale-Hjorth said he was visiting his Italian grandparents, and Elder was traveling through Europe – when they met up in Rome in July 2019. They tried to buy cocaine in the Trastevere nightlife district, but grabbed the dealer’s backpack when he sold them pills instead.

They tried to set up an appointment to exchange the backpack for the money they lost, but the two Carabinieri showed up instead. According to Italian media, the dealer was a police informant, and he reported an attempted extortion.

Testifying before the court in March, Elder said the two men were in plainclothes and had not identified themselves as police. He also claimed the two immediately attacked them.

“I panicked and believed he wanted to kill me,” Elder told the court.

Cerciello Rega, 35, who police say was not armed, was stabbed 11 times with a 7-inch (11 cm) blade by Elder. The officer had recently returned from his honeymoon.

Cerciello Rega’s partner, officer Andrea Varriale, testified that the two Carabinieri had shown their badges. The deceased officer’s badge was not found at the crime scene.

While Elder admitted to the stabbing and apologized for it at a court hearing in September 2020, Natale-Hjorth initially told police he was not involved and did not know his friend had a knife. However, his fingerprints were found on a ceiling panel of their hotel room, where the murder weapon was found hidden.

Elder and Natale-Hjorth were charged with homicide, attempted extortion, assault, resisting arrest and carrying an “attack-style” knife. Their trial has captivated Italy since it began in February 2020.

This is not the first time a young American has faced Italian justice. Amanda Knox, an exchange student from Washington state, was convicted in 2009 to 25 years in prison for allegedly killing her flatmate Meredith Kercher.

Unlike Elder and Natale-Hjorth, however, Knox maintained her innocence. She and her boyfriend Raffaele Sollecito were acquitted in a 2011 retrial, and were cleared of all charges by the 2015 verdict of the Italian supreme court.

A man whose DNA and bloodstained fingerprints were found on Kercher’s possessions was  eventually convicted of Kercher’s rape and murder. Rudy Guede, an immigrant from the Ivory Coast, received a 16-year sentence in 2008, but was granted parole in 2017 to attend school –  and released in December 2020 to work off the rest of his sentence through community service.