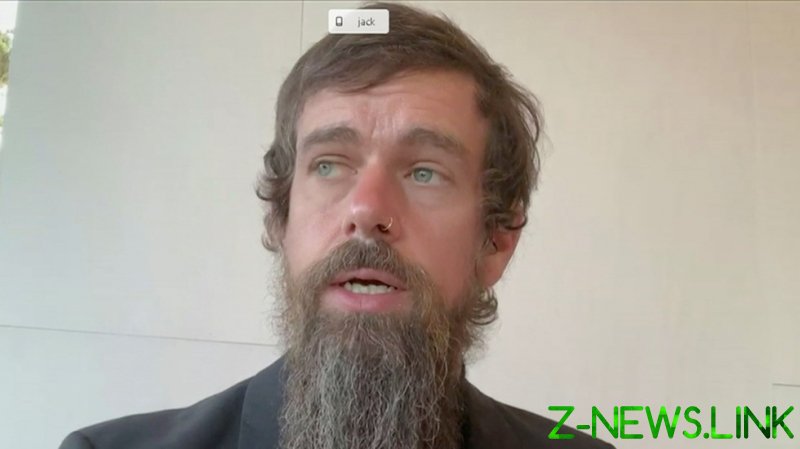 Before Dorsey even opened his mouth on Wednesday, the meme-makers had already got to work. Appearing before the Senate Judiciary Committee, along with Facebook founder Mark Zuckerberg and Google CEO Sundar Pichai, Dorsey appeared with a long, disheveled beard, a look that left many on social media scratching their heads and instantly pouncing.

“I can’t believe they made Ben Gunn the head of Twitter,” conservative commentator Ben Shapiro tweeted, in reference to a character from ‘Treasure Island’ marooned on an island for years.

Dorsey was the target of much of the criticism from senators during the hearing, with Republicans specifically questioning him on Twitter’s censorship standards, in light of the company’s recent flagging of tweets from President Donald Trump, as well as the platform’s decision to lock the New York Post out of its account after tweeting a bombshell story on Joe Biden’s son, Hunter.

Dorsey clashed with Sen. Ted Cruz (R-Texas) over the Post, giving answers that left critics asking even more questions. A fiery Cruz accused Dorsey of acting like a “Democratic Super PAC” in deciding what media reports people are allowed to read.

Further confusing viewers was Dorsey’s admission at one point that Holocaust denial tweets do not violate the platform’s “misinformation” policy, a policy President Trump has been in violation of multiple times.

Sen. Cory Gardner (R-Colorado) asked specifically about tweets from Iran’s Ayatollah Khamenei questioning the Holocaust and asked why they remained up while Trump himself has been censored.

The long-winded answer only further angered people already frustrated with Twitter’s censorship in general, as the standards remain unexplained and questionable to critics.

Dorsey faced a different kind of scrutiny entirely from the Democrats, as some essentially called for more censorship and policing of posts from social media companies.

Asked about censorship of the Post’s account, Dorsey said the paper will only be permitted to tweet again if they delete their original tweets on the Hunter Biden story. Once they do that, they can repost the same material and it won’t be censored, the CEO said, confirming Twitter has amended their policy to avoid similar situations in the future.

The answer was not satisfactory with the platform’s critics.