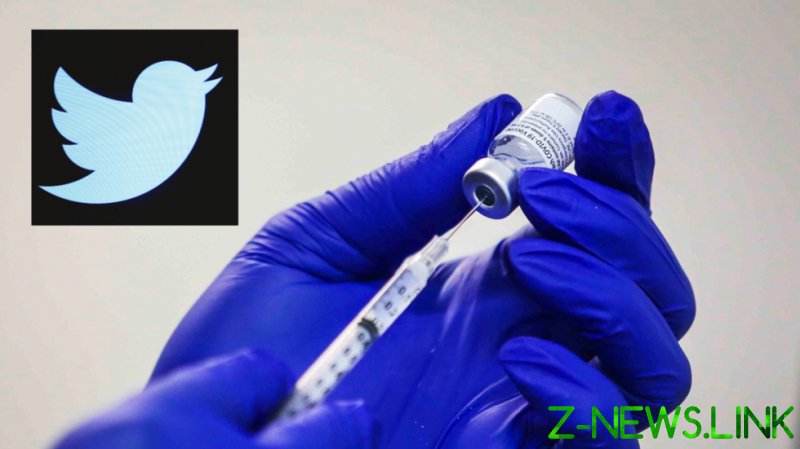 Starting next week, the social media giant will excise all posts that “invoke a deliberate conspiracy” or “advance harmful, false or misleading narratives” about vaccines, the company said in a blog post on Wednesday, putting particular focus on inoculations against the coronavirus.

“Using a combination of technology and human review, we will begin enforcing this updated policy on December 21, and expanding our actions during the following weeks,” it said, adding that the new rule would be enforced “in close consultation with local, national and global public health authorities around the world.”

Users will be asked to remove posts that include any suggestion that vaccines “are used to intentionally cause harm,”“control populations” or are “unnecessary,” as well as “false claims which have been widely debunked about the adverse impacts or effects of receiving vaccinations.” Beyond its pledge to coordinate with health officials, however, Twitter did not specify how it would determine which posts qualify as “debunked.”

The company also said that, beginning early next year, it would attach “warning” labels on tweets that “advance unsubstantiated rumors, disputed claims, as well as incomplete or out-of-context information about vaccines,” expanding on previous moves to append similar notices to posts featuring claims of widespread voting irregularities and fraud during the 2020 election, with US President Donald Trump frequently becoming a target of the platform’s censors.

Twitter has gradually clamped down on what it deems “misleading information” over a series of policy updates throughout the year, announcing in March that it would remove potentially “harmful” posts linked to Covid-19 and later rolling out warning labels for “less severe” pandemic disinfo. Wednesday’s rule change broadens those measures to posts about vaccines more generally, mirroring a similar decision taken by Facebook earlier this month.

As coronavirus inoculations are granted approval by various regulators around the world, vaccines have become an increasingly hot topic on social media and beyond, including concerns about their safety and effectiveness. In the United States and Britain, vaccine skepticism is far from a fringe viewpoint, with a recent poll showing that four in ten Americans would “probably” or “definitely” not take the jab. A survey published by the UK’s Royal Society for Public Health (RSPH) on Wednesday, moreover, found that minorities were significantly less likely to be immunized, which RSPH head Christina Marriott attributed to “anti-vaccination messages.”

Though social media platforms have raced to halt the spread of viral “disinformation,” those efforts have seen major misfires in the past, instead driving interest in the verboten content. In May, YouTube and Facebook illustrated the ‘Streisand effect’ in action when they moved to suppress the conspiracy-minded documentary ‘Plandemic.’ But far from stamping out the information, the heavy-handed restrictions only stoked curiosity, sending a book authored by the film’s main source, Judy Mikovits, to the top of the best-seller charts.