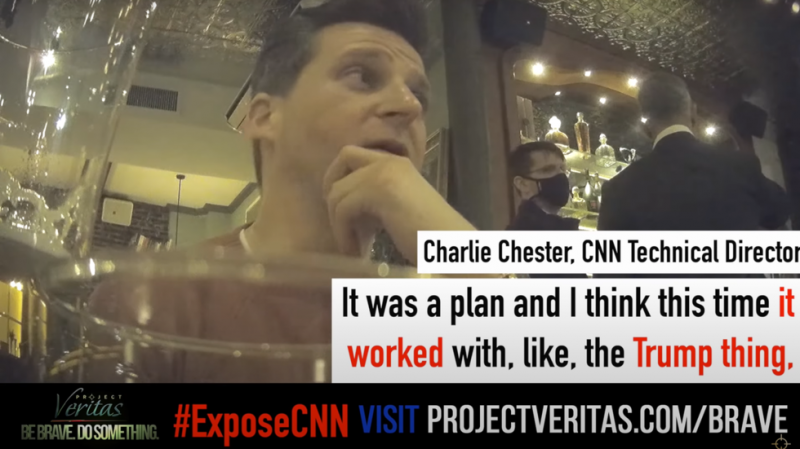 The social media giant told O’Keefe on Thursday that his account is permanently suspended and will not be reinstated, citing an allegation that he used fake or multiple accounts to manipulate conversations on the platform. Twitter said in a statement to The Hill and other media outlets that “you can’t artificially amplify or disrupt conversations through the use of multiple accounts.”

The shutdown came after O’Keefe posted three straight days of scoops in which CNN technical director Charlie Chester is shown on video, talking to an undercover reporter. Chester, who reportedly thought he was talking to a Tinder date, told the reporter about CNN’s propagandist efforts to oust President Donald Trump, its fearmongering about Covid-19 to boost ratings and its efforts to make Black Lives Matter look good.

O’Keefe’s suspension from Twitter will likely come as good news to CNN, which hasn’t responded to the latest round of Project Veritas stories about the network and has lobbied for competing news outlets to be censored for reporting “misinformation.”

O’Keefe issued a statement on Thursday, vowing to sue Twitter for defamation and denying that he operated fake accounts. “This is false, this is defamatory, and they will pay,” he said. “Section 230 may have protected them before, but it will not protect them from me. The complaint will be filed Monday.” He invited supporters to follow him on Telegram.

Twitter permanently suspended the Project Veritas account on its platform and temporarily locked O’Keefe’s account in February, saying the undercover video outlet has repeatedly violated its policy on private information. O’Keefe said at the time that the video in question featured Project Veritas journalists confronting Facebook vice president of integrity Guy Rosen outside his home.