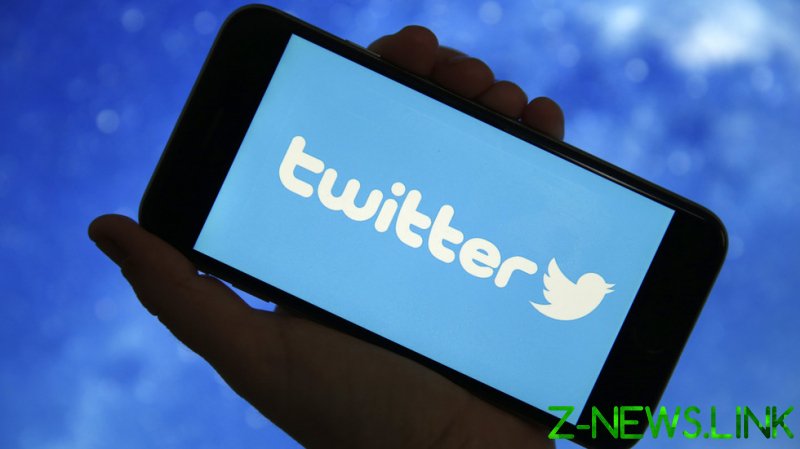 Conservative pundit and Daily Wire podcaster Matt Walsh announced on Friday night that he had been suspended from Twitter over tweets claiming there were only two genders, and suggesting trans women dominate women in competition.

Walsh announced that he’d been notified of the suspension only minutes before a segment on Fox News’ ‘Tucker Carlson Tonight’, telling Carlson, “I just found out five minutes ago, just before we went on the air, that I just got suspended on Twitter because I pointed out that biological males are men.”

Walsh’s tweets did not name anyone specifically, but referenced multiple transgender people who he says he refuses to refer to as women, despite that being their preferred pronouns and gender identity.

“The greatest female Jeopardy champion of all time is a man,” Walsh tweeted in one of the flagged tweets. “The top female college swimmer is a man. The first female four star admiral in the Public Health Service is a man. Men have dominated female high school track and the female MMA circuit. The patriarchy wins in the end.” 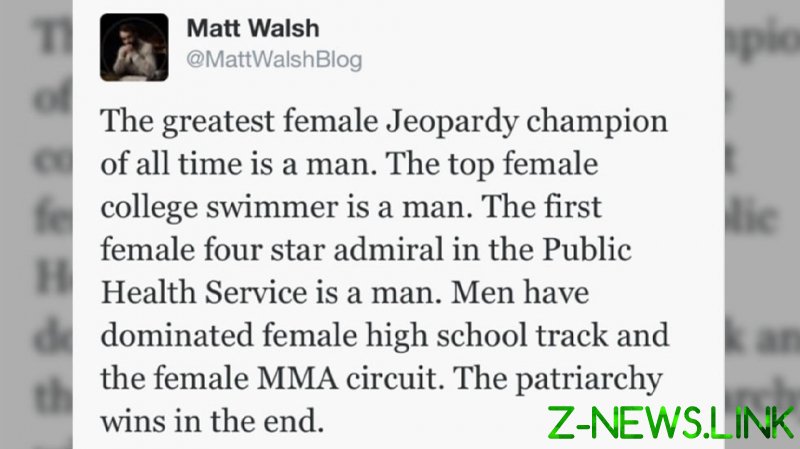 In another censored tweet, Walsh said he refuses to refer to “an individual person as if she is two people.”

Walsh said on Fox News that the suspension was “all part of the game here,” as his critics do not want to “engage intellectually” and would rather “shut down” debates on certain topics.

Walsh, who has more than 760,000 Twitter followers, also posts on Gettr, an alternative platform headed by former Donald Trump adviser Jason Miller. The platform has seen hundreds of thousands of new followers flock to the platform in recent days, after podcaster Joe Rogan announced he was joining in light of some of his podcast segments being censored, as well as the recent suspension of Representative Marjorie Taylor Greene (R-Georgia) for allegedly spreading Covid-19 misinformation.

Walsh’s suspension is only for 12 hours, but the clock will only start running if he chooses to delete the tweets, according to the Daily Wire.

Twitter has not officially commented on Walsh’s suspension, but the conservative pundit appears to have violated the platform’s ‘hateful conduct policy’, which prohibits users from promoting “violence” or “threats” against other users.

Walsh has long maintained his views on gender, even authoring a children’s book titled ‘Johnny the Walrus’, a satirical look at current gender identity politics. The story follows a young boy who believes he’s a walrus and his “confused mommy” who takes this seriously and tries to “raise him accordingly.”