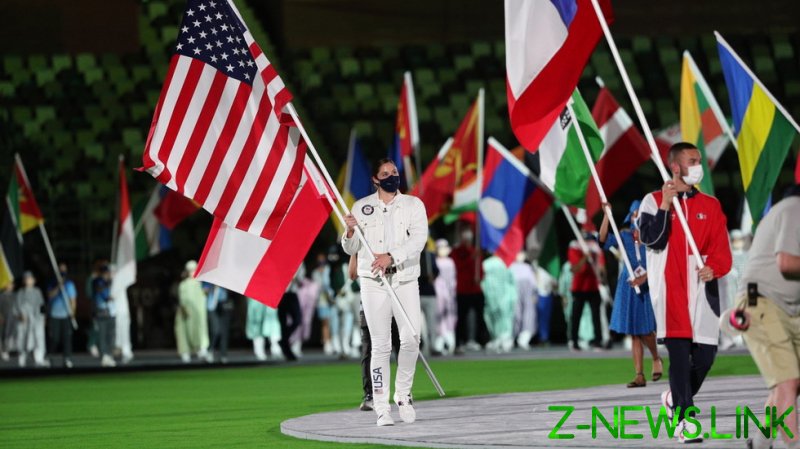 Chinese athletes had been leading in the unofficial medal count right up to the very last days of the Tokyo Olympic Games. In most countries, Olympic teams are ranked on the leaderboard based on the number of golds, with ties broken by silver and then bronze medals. But the US media preferred a different metric – total medals won – which comfortably kept the American team ahead of their rivals throughout the Games.

The approach, while valid in general, fueled suspicions of face-saving media bias and triggered a lot of mockery, including from Chinese officials. The New York Times appeared to pour some gasoline on that particular flame on Sunday, when it proudly reported on its Twitter account that the US ultimately prevailed over China in the gold medal score.

American athletes will bring home 39 gold medals from Tokyo, one more than the Chinese, after a Sunday morning victory against Brazil by the women’s indoor volleyball team. It was the last event of the Olympics, in which either the US or China had a chance at scoring gold.

The apparent lack of consistency by the US newspaper of record didn’t go unnoticed by readers. “All good… normal counting can be resumed now the US win the most gold as well as most medals,” one commenter remarked. Another one ‘saluted’ the Gray Lady, saying it “unbiasedly only annoucned [sic] the winner of the gold medals at the closing day” of the Olympics.

While covering the Tokyo Olympic Games, the New York Times prefered to publish on its Twitter account the tables of medals won in each category by five teams with the biggest haul. Occasionally, it did also post infographics based solely on gold medals, with the US in second place.

Critics argued that some of those were hit-and-miss at best, since the number of medals won by the Chinese team were fewer than those of other nations.