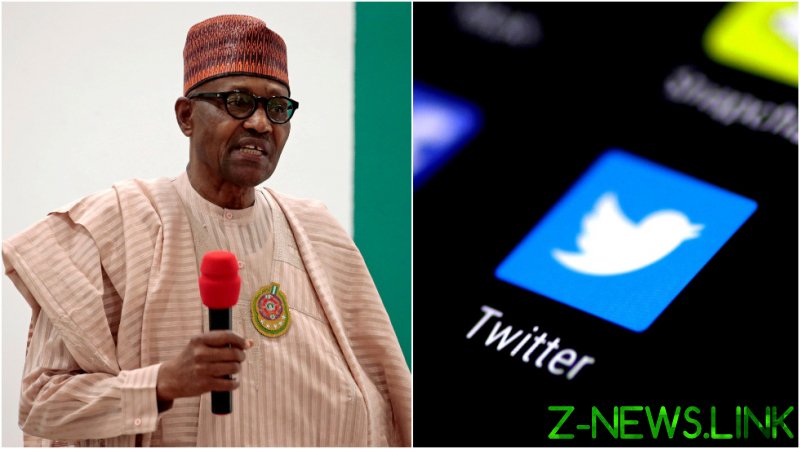 A tweet posted by President Muhammadu Buhari on Tuesday was removed less than one day later over the rule violation, with the platform also suspending his handle for 12 hours, according to Reuters.

“Many of those misbehaving today are too young to be aware of the destruction and loss of lives that occurred during the Nigerian Civil War. Those of us in the fields for 30 months, who went through the war, will treat them in the language they understand,” Buhari said in the now deleted tweet.

The move was quickly decried by Nigeria’s Information Minister Lai Mohammed, who insisted on the president’s right to speak on security matters while questioning the platform’s agenda in the country.

“Twitter may have its own rules, but it’s not the universal rule. If Mr. President, anywhere in the world, feels very bad and concerned about a situation, he is free to express such views,” the minister said. “Any organization that gives directives to its members to attack police stations, to kill policemen … – you are saying that Mr. President does not have the right to express his dismay and anger about that?”

Buhari’s scrubbed post referred to the 1967 Nigerian Civil War, which saw secessionists attempt to break away from the central government and form an independent state named Biafra out of a region in southern Nigeria. While the secessionists were defeated and Biafra was reincorporated into the country in 1970, separatism has remained alive, namely with the Indigenous Peoples of Biafra (IPOB) movement.

Founded in 2012, IPOB has become among the largest Biafran independence organizations, but has faced intense opposition from the government, which classified the group a terrorist outfit in 2017. While officials insist operations against separatists are necessary to preserve security, international rights groups have alleged state repression and extrajudicial killings against IPOB activists, including a major crackdown on a group meeting last year that saw at least 21 civilians killed in the resulting clashes.

Violence has only escalated since, with the IPOB forming a new armed wing last December, the Eastern Security Network. The militant group has been accused of carrying out a string of attacks on election offices and police stations, particularly in southern Nigeria, though IPOB has denied involvement on several occasions.

In a press briefing earlier this week, a senior election official said 42 attacks had been launched on election offices since the last race in 2019, most of them in the previous seven months. During the same presser, Buhari – who served in the military during the 1967 war – said a “rude shock” awaits the separatist rebels if the assaults continue.