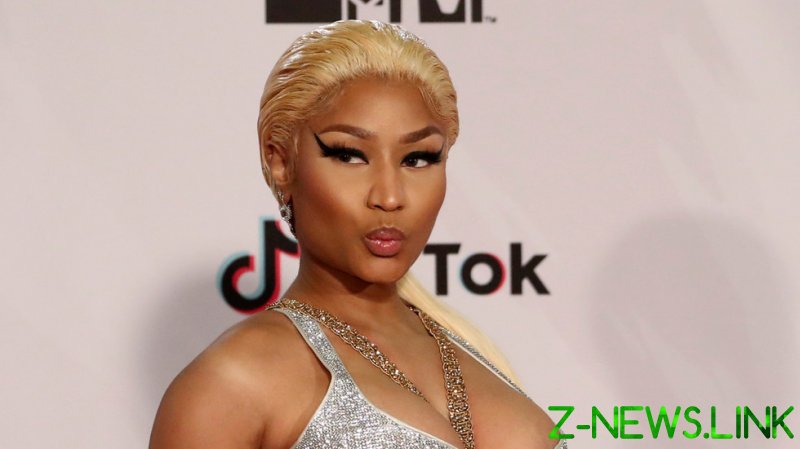 The government in Port of Spain took the story of the swollen balls of Minaj’s “cousin’s friend in Trinidad” to a whole new level, after the nation’s health minister made a televised address to assure the condition could in no way be linked to getting a Covid-19 vaccine.

“We had to check and make sure that what she was claiming was either true or false,” Trinidad & Tobago Health Minister Dr. Terrence Deyalsingh told a press conference on Wednesday.

“There is absolutely no reported such side effect or adverse effect of testicular swelling in Trinidad, or I dare say, anywhere,” he added, lamenting the time his ministry spent “running down this false claim.”

Minaj, who insisted she was OK with others getting a Covid vaccine, but was apparently trying to make a point about having a right to make up one’s own mind and not be “bullied” into vaccination, has faced a huge backlash for her Monday’s tweet, including from multiple TV hosts.

She followed those with expletive-laden rants directed at MSNBC host Joy Reid and Republican pundit Meghan McCain, while also telling Jimmy Kimmel her cousin’s friend would tell him his story “for the right price.”

Even some of Minaj’s most devoted fans said they were frustrated with her seemingly anti-vax message, but the rapper has refused to be “backed into any damn corner,” as one of the posts she retweeted said – and doubled down on her supposed message.

She also tried to post a poll telling her 22.6 million followers to choose between “Asking questions is OK” and “I like being fkng dumb.” However, according to her Instagram, pressing send on that poll landed her in “Twitter jail.”

“They didn’t like what I was saying over there on that block, I guess,” Minaj wrote.

It wasn’t clear if her latest tweets that spiraled into a rant on “white supremacists,” people not being “human any more” and Democrats telling black people to “shove marbles up ur a**” had anything to do with her account getting restricted.

Minaj first triggered outrage among ardently pro-vaccine celebrities on Monday, when she claimed that her “cousin in Trinidad won’t get the vaccine cuz his friend got it & became impotent,” suffering “swollen” testicles and having his fiancee call off their wedding as a result.

Whether the story is true or not, and whether the unfortunate Trinidadian has ever reported his unfortunate side effect, it may now remain an unsolved mystery that only those with the most intimate knowledge of the rapper’s cousin’s friend know the truth about.

Minaj’s tweet has since been criticized by Twitter commenters, celebrities, and even the British government. The rapper has dug her heels in, however, accusing journalists of misquoting her, TV hosts of attacking her out of racism, and mocking British Prime Minister Boris Johnson and Chief Medical Officer Peter Whitty, the latter of whom said Minaj should be “ashamed” of sharing such vaccine “misinformation.”