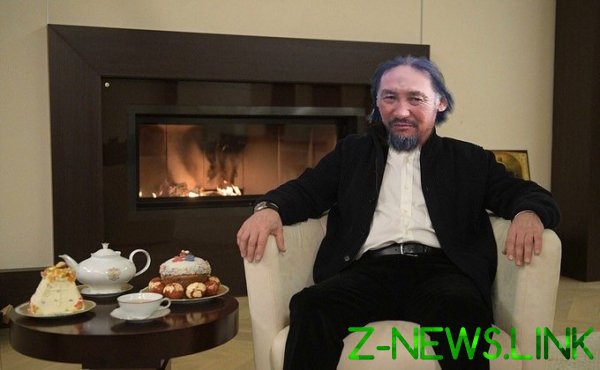 In the social network Twitter is gaining momentum in a flash mob in support of the Yakut shaman Alexander Gabysheva, who became famous after his passage to Moscow to oust Vladimir Putin. So, in Twitter at the moment more than 17 thousand posts with the hashtag #svobodarny in which social network users call for the release of TM, forcible placed in a mental hospital by court order.

Interestingly, under the hashtag #svobodarny a lot of posts devoted to the amendments to the Constitution. Such posts mostly publish opponents of amending the Basic law of the country. In addition, Twitter users note that the space TM in the mental hospital — a sign of weakness on the part of authorities.

In 2019 Alexander Gabyshev has organized a trip to Moscow, there to “banish Putin.” The man believes the President of Russia generated by the dark forces, with which the strength to cope only with the shaman. In September last year, Gabysheva was detained on the border of Buryatia and Irkutsk region. Against him opened a criminal case for public appeals to extremist activity (part 1 of article 280 of the criminal code). Psihologo-psychiatric examination recognised Gabysheva insane. After he expired on his own recognizance, he decided to resume his March on Moscow. In December of the shaman and two of his supporters were fined for disobeying the police.

2 Jun 2020 Yakutsk city court under the claim of mental hospital made the decision on involuntary admission Gabysheva, recognizing that the shaman threat to themselves and others. The length of hospitalization is not installed. In its lawsuit, the doctors said that the shaman’s “reappraisal of his personality” and this is supposedly confirmed by the fact that he expressed ideas of “harm to the government and to overthrow Putin, because he is a demon and the Antichrist,” and “called for the overthrow of the legitimately elected government”. The shaman stood up, the head of Yakutsk Sardana avksenteva and the Deputy of the state Duma, the psychiatrist Boris Mendelevich.