Twitter howls with laughter after Rep. Liz Cheney claims her father Dick Cheney is ‘troubled’ by direction of GOP 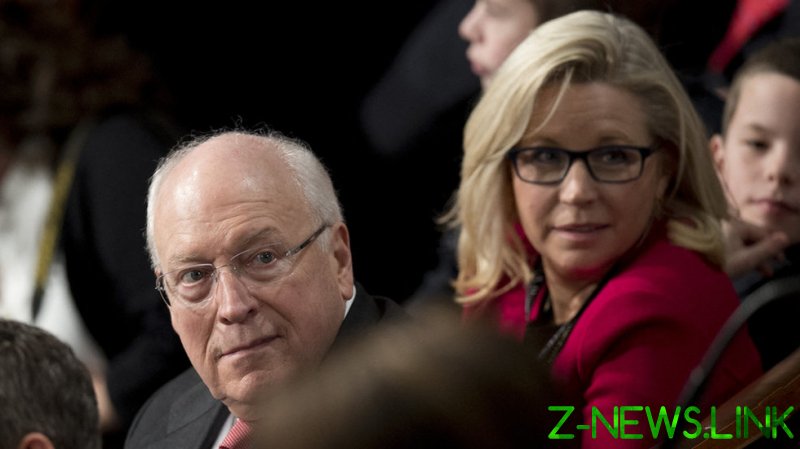 Lest anyone’s stomach remain unturned, she continued that her father, whom many consider to be a driving force and key architect behind the War on Terror and all the atrocities that accompanied it, was also “just a tremendous source of advice and guidance and wisdom for me.”

Social media users were not amused at the apparent umbrage taken on behalf of the man they recalled as an unapologetic war criminal, reminding the newly virtuous ex-VP that he’d literally gotten away with murder during the George W. Bush administration.

Others mocked Cheney for his sudden moral about-face.

Some took a more serious tone, pointing out that it was the policies of neocons like Cheney and his pals in the Bush administration that had paved the way for Trump and others like him.

And more than a few wondered why, if he was indeed so troubled by Trump’s Republican Party, he didn’t come out and say so himself, instead opting to communicate through his daughter – who herself has fallen out of favor with the GOP.

A handful of users took it as the burn it was supposed to be, though it seems Cheney has some work to do before he ascends to the level of George W. Bush, painting cats and portraits of soldiers who fought in the wars he started.

Like the president under whom he served, Cheney has come out with some truly ironic howlers in the course of reinventing himself during the Trump years. Along with nine former defense secretaries, the man who helped kick off two decades of shameless war profiteering under the guise of fighting terrorism wrote an op-ed in January arguing against involving the military in election disputes because it would “take us into dangerous, unlawful and unconstitutional territory.”

However, even four years of Trump Derangement Syndrome hasn’t cleansed the liberal palate of its loathing for the man, whose accomplishments include profiting enormously off the Iraq war by ensuring energy company Halliburton, of which he was CEO, received tens of billions of dollars in lucrative no-bid contracts.

Liz Cheney was removed from her post as House Republican conference chairwoman in May after voting as one of ten Republicans to impeach Trump a second time over allegedly inciting the January 6 “insurrection” at the Capitol and has repeatedly criticized her party. She is currently one of just two Republicans on the House special committee investigating the events at the Capitol, appointed by House Speaker Nancy Pelosi to a panel opponents have dismissed as overtly partisan.