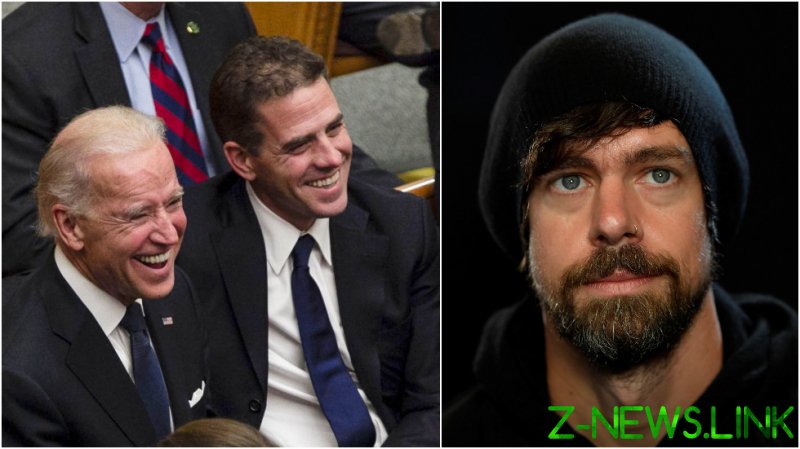 “Our communication around our actions on the [New York Post] article was not great. And blocking URL sharing via tweet or DM with zero context as to why we’re blocking: unacceptable,” Dorsey tweeted on Wednesday, hours after Twitter began blacklisting the story.

In a thread explaining its actions posted around the same time, the company cited both its policies on “private information” and the “distribution of hacked material,” alleging the Post article contained personal details obtained without permission, thereby violating its rules.

A number of conservative-leaning pundits have weighed in to challenge the rationale for suppressing the story, disputing that the information was obtained in a hack and insisting that “communication” was not the problem, but rather the company’s censorious actions.

In addition to barring users from sharing the article in tweets and direct messages, Twitter also locked the Post’s primary account, as well as that of White House Press Secretary Kayleigh McEnany, who shared a screenshot of the story.

Despite the fevered efforts to bury the Post article by both Twitter and Facebook, some netizens argued the moves would only bring more attention to the story, a phenomenon known as the “Streisand effect.”