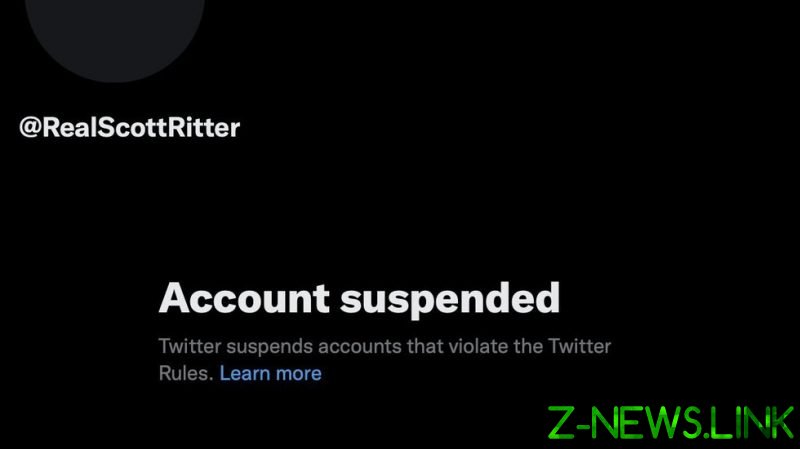 Twitter “permanently suspended” the retired US Marine Corps officer Scott Ritter on Wednesday, accusing him of engaging in prohibited behavior by questioning the claims of Ukrainian authorities that Russian soldiers had massacred civilians in Bucha near Kiev. Ritter is best known as the former UN weapons inspector who doubted US claims about Iraqi weapons of mass destruction, invoked by Washington as a pretext for the 2003 invasion.

“So apparently I’ve been suspended from Twitter for the crime of challenging the orthodox narrative of the so-called Bucha massacre,” Ritter said on his Telegram channel, sharing a screenshot of the message he received from the Big Tech platform.

“I’ve appealed, so who knows what the future will bring,” Ritter said, adding that “Freedom of speech in America today is an endangered concept.”

According to the screenshot, Twitter’s censors had decided that Ritter violated their rules against “harassment and abuse” by saying the Ukrainian police had committed crimes against humanity in Bucha, and were trying to shift blame onto Russia with US help.

Ritter’s tweet did not contain calls for abuse or harassment, or wish physical harm on anyone, Shadowproof journalist Kevin Gosztola pointed out, arguing that his ban “shows how Twitter Rules can be twisted to silence US foreign policy critics.”

The rules were recently updated to include “denying mass casualty events took place,” Gosztola noted, but he said Ritter hadn’t done that, either. 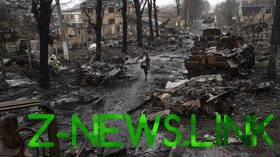 In an op-ed published by RT on Monday, Ritter had examined the Ukrainian allegations that the withdrawing Russian troops had massacred civilians on their way out of Bucha, pointing out a number of inconsistencies and “red flags” with them and putting them in the context of the propaganda war raging parallel to the ongoing military conflict.

Grayzone’s Aaron Mate also pointed out that there was nothing that fit the definition of “targeted harassment” in Ritter’s flagged tweet, and asked Twitter to “please undo” the ban.

Ritter is a retired US Marine who had inspected Soviet weapons under the now-defunct INF treaty, worked as the chief UN weapons inspector in Iraq from 1991 to 1998, and served on the staff of General Norman Schwarzkopf during the first Gulf War.

His “suspension” comes just days after Tesla and SpaceX founder Elon Musk took a seat on Twitter’s board of directors, having become the platform’s largest single individual shareholder on hints that he would dial back its censorship.