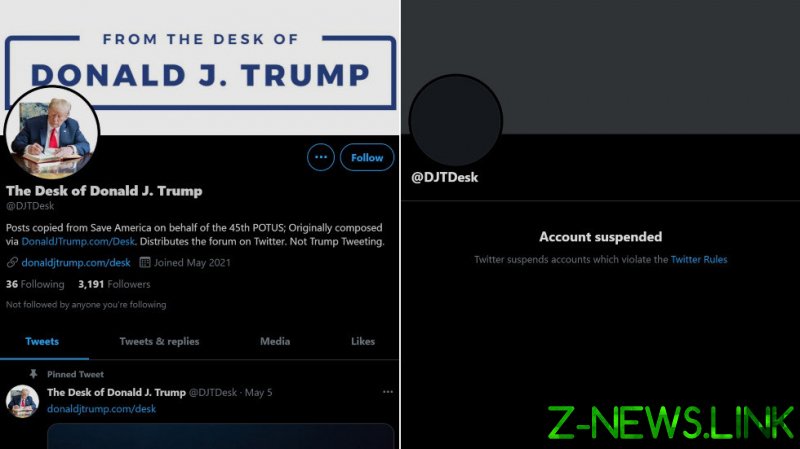 The hashtag, aimed at Twitter CEO Jack Dorsey, had over 20,000 tweets on Wednesday, hours after the account @DJTDesk appeared on the platform. The account explicitly said it was “Not Trump Tweeting” but posting content generated by the 45th US president on his own website, called “From the Desk of Donald J. Trump.”

The first tweet from the account was dated 12:42 am on Wednesday, just hours after the glorified blog marked Trump’s return from the virtual wilderness. Until it was banned, it reposted content from the blog, but also mocked the critics calling for its removal as “LOOPY LIBERALS.” 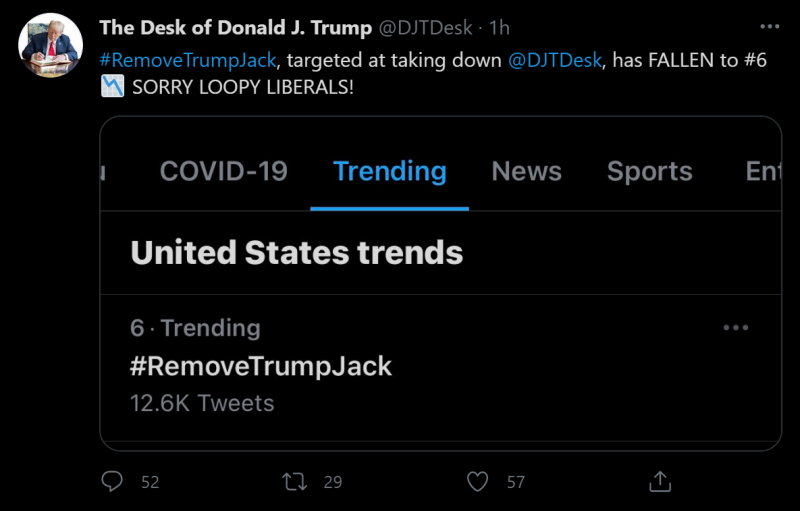 “Former President Donald J. Trump is not Tweeting. Any post made, aside from replies like this one, are direct copies from the [desk],” the account said in one of the first tweets. “Posts are made by Save America on behalf of the 45th POTUS, then distributed onto this platform.” 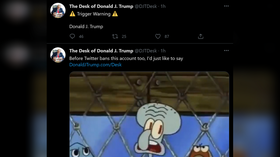 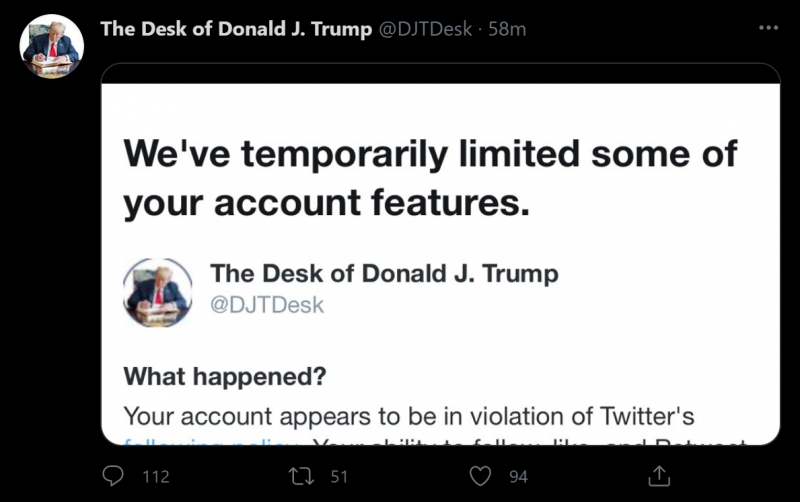 Twitter had banned Trump’s personal account in January, while he was still the sitting president, citing concern about how his posts might be received or interpreted on and off platform. Dorsey’s company also echoed the Democrat accusation that Trump had “incited violence” at the US Capitol on January 6. Other social media companies – Facebook, Instagram, YouTube, Snapchat – quickly followed suit.

YouTube has even banned “the voice of Donald Trump,” deleting videos and even accounts that posted any interviews or recordings of the former president. Facebook’s removal of Trump was upheld on Wednesday by its “oversight board,” an international panel the Menlo Park behemoth outsourced its censorship decisions to.

Before its removal, the account was restricted over alleged violations of Twitter’s following policy which restricts people to following up to 400 accounts a day – 1,000 if they’re verified – and 5,000 in total.