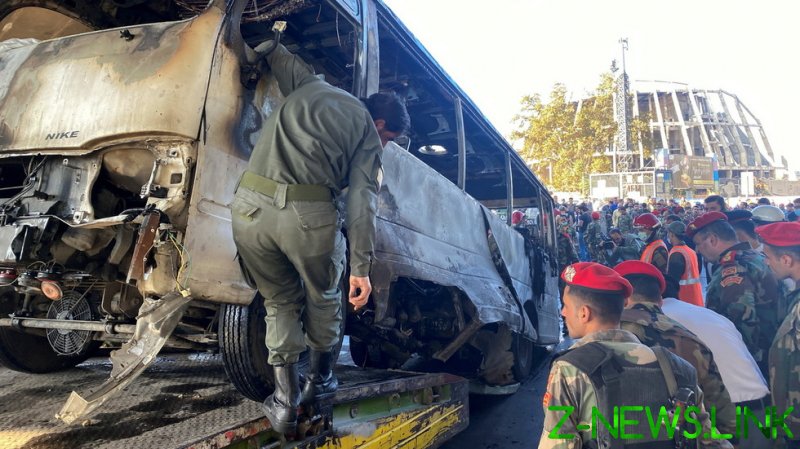 According to preliminary reports, the explosions also injured three people, Syria’s SANA agency said. The vehicle was carrying Syrian military service members, who were presumably the target of the attack.

The suspected terrorist incident happened at the Hafez al-Assad bridge in central Damascus early on Wednesday. A third explosive device was reportedly defused by a bomb squad.