Fans have been waiting for this event. It seemed very logical, but at some point it became clear that the meeting of the two heroes of the popular zombie show is unlikely to happen. It hinted and creators, and various external factors. Now, there is new information.

Recall that “Walking dead” (The Walking Dead) appeared in the broadcast channel AMC in 2010, and five years later from the series spun off a spin-off called “Fear the walking dead” (Fear the Walking Dead). The action of both the show happens in one universe, is struck by a zombie virus. While the storyline never crossed paths, different groups of survivors went their ways, and if we take as reference point the beginning of the epidemic, “Walking” walked considerably further. That is, the idea is that when Rick Grimes and company are at war with Nigunim the world in the usual sense does not exist for several years. Worth a look though, as a grown up Carl. In this respect, the spin-off is somewhere in the beginning.

Moreover, a year ago, the Executive producer of “Fear the walking dead” Dave Erickson said that the crossover will not happen not only because of the different chronology of events, but also because the second series is not based on the original comics by Robert Kirkman.

That’s just Kirkman himself in a fresh interview said the opposite. He confirmed that will show the connection of the two show each other, and work in this direction is already underway. Without going into detail, Kirkman announced the emergence of one of the characters in the series-the crowds. And it had to be an important event for the universe “Walking”.

Well, that sounds intriguing. Now you can endlessly fantasize about how it turned by the creators and who are the heroes run across in a nearby show. Kirkman promised more details in the next couple of weeks. Wait. 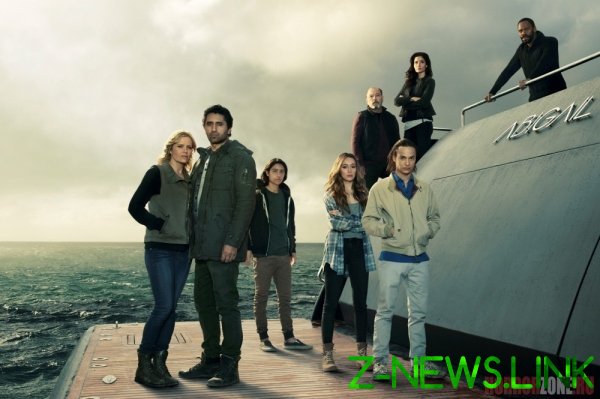