Home / WORLD / Turn snitch and get rich: Texas teen gives his own dad in to the FBI, pays his way through college

Turn snitch and get rich: Texas teen gives his own dad in to the FBI, pays his way through college 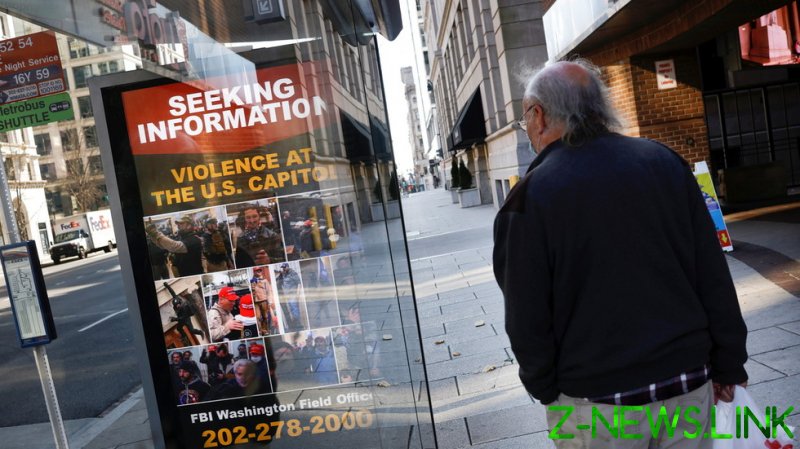 When Jackson Reffitt’s father returned to the family home in Wylie, Texas, after the pro-Trump riot on Capitol Hill earlier this month, Jackson claimed that he warned his son to keep his mouth shut. “If you turn me in, you’re a traitor,” he reportedly said. “And you know what happens to traitors. Traitors get shot.”

However, Jackson had already reported the 48-year-old Guy Reffitt to the FBI, telling agents he thought his father was planning “something big” during the certification of election results at the capitol, per a New York Times article on Sunday. After the riot, Reffitt was identified in video footage from the Capitol, tracked down in Texas, and arrested, according to a sworn affidavit by an FBI agent.

Guy Reffitt was charged with obstruction of justice and of knowingly entering a restricted building, though he claims he never actually entered the Capitol. Jackson Reffitt left his family home, and has since become something of a celebrity.

Turning in his father landed Reffitt interviews with CNN, Fox and the New York Times, with the CNN interview the first his family heard about his contact with the FBI. “My mom and my sisters are absolutely ruined about the news from what I did,” Reffitt tweeted on Saturday.

Apparently encouraged by his supporters, Reffitt set up a crowdfunding campaign, and after raising the donation limit several times has netted just under $87,000 in less than three days. This amount has paid for his university tuition, repaired his car, and purchased his dental insurance, Reffitt wrote on GoFundMe.

Praise has poured in from liberals, who applauded Reffitt’s “bravery” in snitching on his own father.

However, turning his father over to law enforcement was a step too far for some commenters.

Jackson isn’t the only child to rat out his family members following the Capitol Hill debacle. One 18-year-old outed her mother, aunt and uncle after seeing them in a photo taken at the Capitol. Another cut ties with her father and tipped off law enforcement when she saw him at the riot. Both girls were treated to profiles in the media, and drew the same storm of liberal praise and conservative backlash.

More than 100 people have been arrested in connection with the riot, while the FBI has opened more than 200 case files, according to the BBC. Among the charges leveled against the rioters are “significant felony cases tied to sedition and conspiracy,” United States Attorney for the District of Columbia Michael Sherwin told reporters earlier this month.