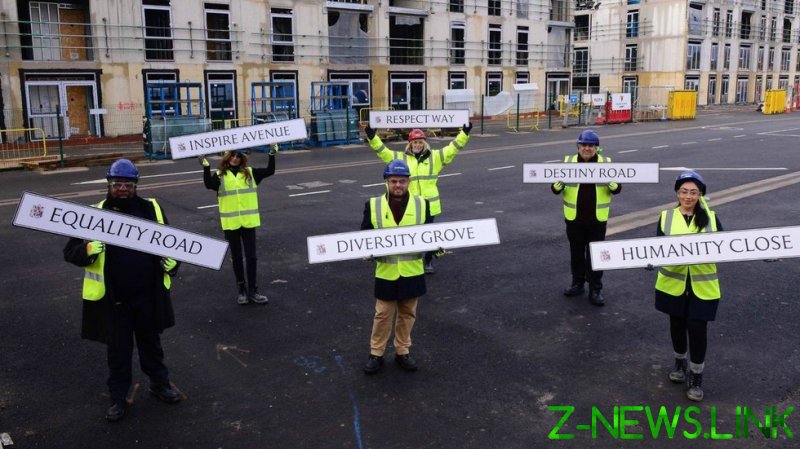 Birmingham City Council demolished the old Birmingham City University campus in 2018 to regenerate the Perry Barr area ahead of the 2022 Commonwealth Games. As well as developing infrastructure for the games, the council set to work building the first of 5,000 new homes.

And, in the spirit of democracy, they asked locals to submit names for the first six roads in the development, names that “captured the essence of Perry Barr and Birmingham as a whole.”

Whatever about the area, the names the council chose captured the essence of modern wokeness perfectly.

While the names might sound like they were cooked up by a gaggle of corporate diversity consultants, they were actually submitted by a woman from nearby Handsworth Wood, the Birmingham Mail reported. Labour Councillor Waseem Zaffar chaired the panel that chose her entry.

While Zaffar proudly declared that the woman’s entries “struck a chord with everyone on the panel,” they were ridiculed online. One commenter called the names “patronising beyond belief,” and a “total embarrassment to the good folk of Perry Barr and Birmingham.”

Others suggested the names were reminiscent of Ricky Gervais’ ‘The Office’ character, David Brent, and his cringe-inducing “political reggae” video, ‘Equality Street’. Even Brent’s own promotional Twitter account joined in the fun.

Birmingham City Council isn’t the first local authority to immortalize the tenets of wokeness on its streets. As protests and riots consumed the US this summer, Washington DC Mayor Muriel Bowser renamed a section of street in front of the White House “Black Lives Matter Plaza.” Like in Birmingham, the move was ridiculed as a prime example of liberal virtue signalling, and the local BLM chapter even wrote it off as “performative and a distraction.”

Closer to Birmingham, London Mayor Sadiq Khan set up a commission earlier this year to look over the capital’s statues, road names and public spaces to purge them of outdated and “racist” names. The committee, he said, will focus on “increasing representation among Black, Asian and Minority Ethnic communities, women, the LGBTQ+ community and disability groups.”

However, all of these woke crusades came long after New York unveiled the original social justice street name: the early-1990s “People With A.I.D.S. Plaza,” located just around the corner from City Hall.