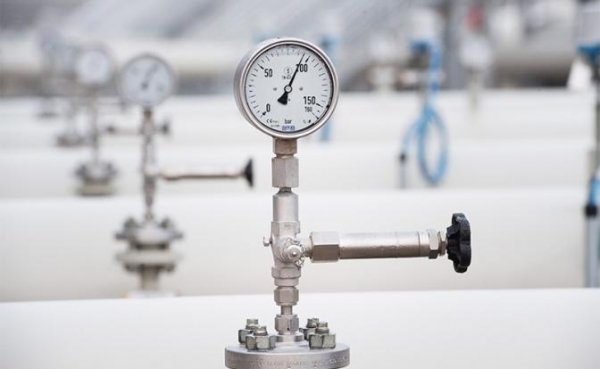 The Russian gas was not needed not only Europe, but of Turkey. In 2020, Russian gas supplies to Turkey have fallen from first place to fifth: it has bypassed Azerbaijan, Iran, Qatar and Algeria. This follows the report of the Turkish energy regulator EPDK.

The figures of the report for “Gazprom” is just a killer. The LNG supply to the Turkish market Russia almost caught US, which increased this year its shipments by 300%. But overall, compared to last year, Gazprom’s supplies to Turkey decreased by 72%.

This news became a bolt from the blue. In late may, the Federal customs service (FCS) has revealed details of exports of “Gazprom” for the first quarter of 2020: it fell by 24.2%, to 46.6 billion cubic meters.

However, in certain markets the drop was even more severe. So, in March the consumption of Russian gas in Germany — the main market for “Gazprom” decreased by 45% to 2.67 billion cubic meters.

But the most impressive was the collapse of the third largest market for Russian gas in Turkey. The export of “Gazprom” in the country, according to the FTS, fell by almost seven — fold to 0.2 billion cubic meters. And this is despite the introduction in the early 2020’s second offshore gas pipeline “Turkish stream”.

Analysts say that, overall, Turkey consumes fewer for the third consecutive year due to the domestic economic crisis, availability of LNG and alternative supplies from Azerbaijan. So, if in 2017 the country has bought at “Gazprom” 29 billion cubic meters in 2018, the import amounted to 24 billion cubic meters, and in 2019 reached its lowest level in 15 years, 15.5 billion cubic meters.

What is doubly frustrating in the future growth of supply in Turkey is not expected. This is due to the difference in price between pipeline and liquefied gas. So, the price of LNG to Turkey on the spot market in the second quarter, according to Rystad Energy will be in the range of $ 1.5−2 per MMBtu (British thermal unit), and on Russian pipeline gas of $ 6.5 per MMBtu. Therefore, reducing purchases from Gazprom, Turkey is stepping up purchases of LNG. According to estimates of the Turkish Ministry of energy, about a third of gas imports into the country in 2020 will have on LNG, and for the first four months of the year, this share amounted to 44%.

In such a situation the gas pipeline “Gazprom” turned out to be uncompetitive. In late may, quotes spot market in Europe have fallen to $ 45 per 1 thousand cubic meters on the Dutch TTF hub, and to $ 63 in the Austrian Baumgarten. This level is already below the line of profitability for Gazprom, which shows zero profitability at $ 100 per 1 thousand cubic meters is subject to the cost of production, the severance tax, transportation and customs duty.

That is amazing, “Gazprom” some insights from the situation is not going to do: he enthusiastically plans a new export pipeline to China via Mongolia. The cost of the project “Power of Siberia-2” experts estimate 1.3−1.5 trillion. roubles the company also is coming out of his own pocket.

And only one question remains: where to take us to a policy of “Gazprom”?

— The policy of “Gazprom” for a long time divorced from reality and subject to their own selfish interests, — the President of the Union of entrepreneurs and tenants of Russia Andrei Bunich. Company talks about the exceptional importance of the various “threads” that she builds, and their brilliant victories. And in fact it turns out that the positive PR covers unprofitable for Russian projects on which we are losing a lot of money.

We spend crazy money, building export pipelines, and because of this, you do not have the opportunity to develop promising technologies in the gas industry. And then there are “threads” bring ongoing operating losses.

Moreover, no one in the government of the Russian Federation does not analyze the situation, and does not consider the payback of Gazprom’s projects — is taboo. In fact, the construction of gas pipelines contradict and technological trends, and geopolitical situation. The story of the “Turkish stream” is a clear proof.

The “Gazprom” with Belarus canine — lifts for the Republic the price of gas. According to FTS, the average gas price in March 2020, while deliveries to Europe declined to $ 125 per 1 thousand cubic meters, whereas preferential price for Belarus remained at the level of $ 127 per 1 thousand cubic meters. It turns out, the company sells Belarusians gas than Europeans, although it is in our interest to maintain with Minsk close relationship.

In my opinion, the policy of “Gazprom” — the external economic, financial, investment, trade simply is not tenable. I recall the summer of 2008, the head of the company Alexey Miller has assured that in 2009 the price of gas may exceed $ 1 thousand per 1 thousand cubic meters — especially if the price of oil reaches $ 250 per barrel. And that “Gazprom” will become the world’s largest company within seven to eight years, because by that time the capitalization of “Gazprom” will reach a trillion dollars against $ 360 billion in 2008-th year.

All this, with hindsight, turned out to be a bluff. But just under the bluff “Gazprom” has gained astronomical loans, and financed senseless megaprojects.

“SP”: — But some time these projects bring profit, isn’t it?

In my opinion, almost all export pipelines built by Gazprom, are strategically detrimental to the United States. Though, because because of these mega-construction projects the group has ignored the development of the LPG industry that appeared on our eyes.

In fact, I think the pipeline was the best way — from the point of view of management of “Gazprom” — to write off money to ‘squeeze’ them from the state as the main shareholder. For managers, management of the company in the current strategic loss is irrelevant — they need a lot of money here and now.

“SP”: — the Risks that the “Turkish stream” will be half-empty, you could count?

— Of course. The Turks have never hidden that will focus on liquefied natural gas — and see how fast they did it. Plus, they don’t hide the fact that Ankara has alternative supply options: at the side of the Turks, remember, Iran, where natural gas is complete.

In such a situation it was impossible to rely on Turkey in this volume, as did Gazprom. The construction of “Turkish stream” at the expense of the company was the uneven distribution of risks de facto, the provider assumed all risks at all on this project. Now it would be interesting to calculate the loss of the “Turkish stream” given that the money spent on construction could be applied otherwise, for example, could be of interest.

“SP”: — Can we say that the displacement of “Gazprom” from the energy market are the US strategic interests?

Is not in doubt. The whole history of Ukraine, I believe, invented by Washington, as to exclude us from the energy system of the EU, and thus to dramatically reduce our impact on Europe.

With Turkey a similar story: Americans interested in the subjugation of the markets in this area. Moreover, it is politically easier to solve problems with countries that are military partners of the United States.

In fact, the main goal of the energy policy of America is to push out Russia from wherever you can.