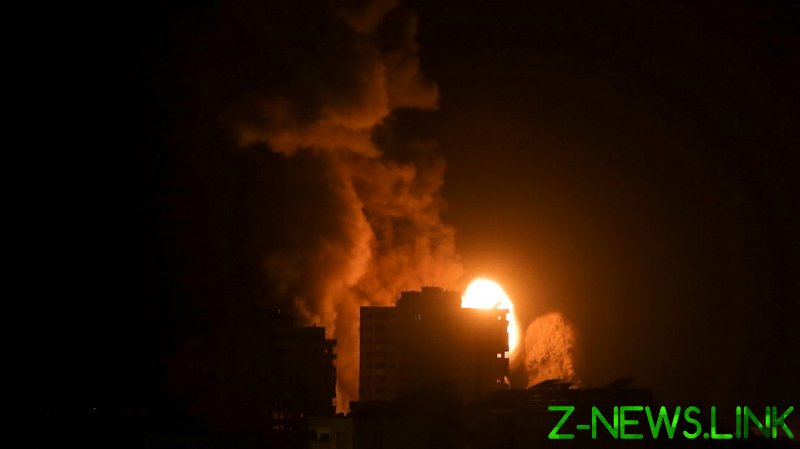 The two held phone talks on Monday, as the Gaza flare-up entered its second week. Erdogan, who has long positioned himself as a champion of the Palestinian cause, has squarely pinned the blame for the conflict on Tel Aviv.

The president told the Pope that “all of humanity should be united against” Israel and should punish it for its “savagery.”

“Palestinians will continue to be subjected to a massacre unless the international community punishes Israel… with sanctions,” the presidency quoted Erdogan as saying.

Erdogan also praised Pope Francis for his call to end the conflict, stating that the influence of the pontiff has been “great importance to mobilize the Christian world and the international community.”

The Pope has been very vocal about the ongoing conflict, which has already left some 200 Palestinians dead, including at least 58 children. On the Israeli side, 10 civilians, including two children, have been killed since the beginning of the hostilities.

On Sunday, Francis described the mounting death toll as “terrible and unacceptable,” warning that the hostilities could easily get out of control.

“In these days, violent armed clashes between the Gaza Strip and Israel have taken over, and risk degenerating into a spiral of death and destruction,” the Pope said.

As well as Turkey, the pontiff has been in contact with Iran, another nation which has been vocal in its support for Palestinians. On Monday, Pope Francis held a private meeting with Iranian Foreign Minister Javad Zarif, who is currently visiting Italy. So far, no details of the meeting have been made public.

Earlier in the day, Tehran reiterated its support for Palestine, blasting the “unacceptable neutrality” displayed by multiple nations around the world in the ongoing conflict.

“The Islamic Republic of Iran strongly condemns the new round of brutal aggression by the Zionist regime against the defenseless people of Palestine and the Gaza Strip, which has resulted in the martyrdom of dozens of civilians, including women and children, and the destruction of many residential buildings,” Iranian Foreign Ministry spokesman Saeed Khatibzadeh has said.